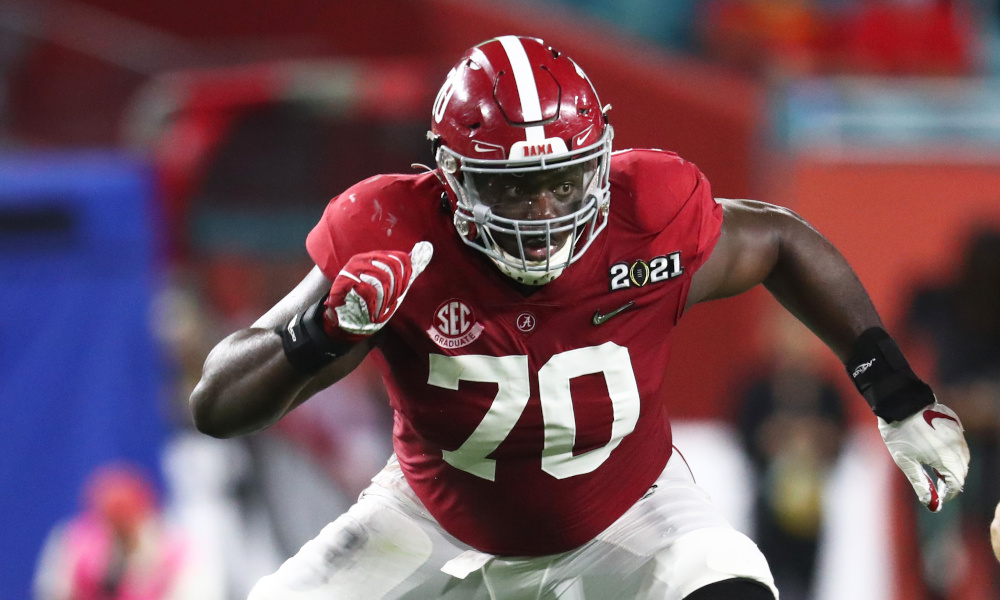 The Las Vegas Raiders are moving on from Alex Leatherwood.

It was reported by ESPN’s Adam Schefter that the franchise has decided to waive Leatherwood on Tuesday.

Leatherwood was the 17th overall pick by Las Vegas from the 2021 NFL Draft but the team that is now under head coach Josh McDaniels has seen enough. The team will still be on the hook for $7.9 million against the salary cap.

The former Alabama offensive lineman struggled during his rookie season with the team, so much so that the coaching staff opted to move him to guard partway through the regular season.

But Leatherwood was unable to progress after his first season with the team and it showed during this past preseason. He once again saw little success at offensive tackle which has now led to his release.