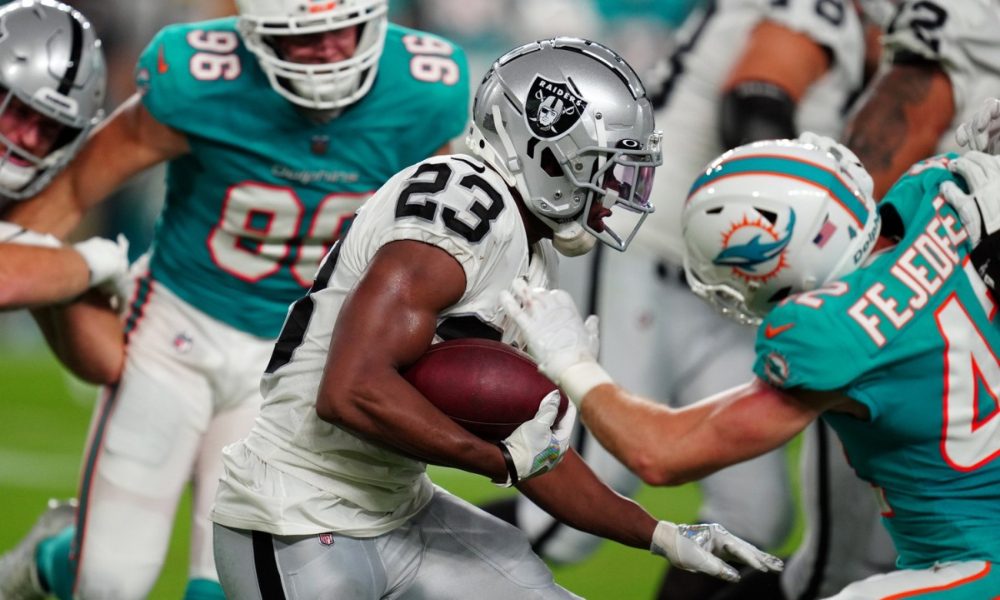 Just a few days after becoming a free agent, veteran running back Kenyan Drake has found a new place to call home.

It was reported by NFL Network’s Ian Rapoport that Drake has signed with the Baltimore Ravens one day after taking a visit with the franchise.

Kenyan Drake has now signed with the #Ravens. https://t.co/vUNHjYzhmF

Drake spent last season with the Las Vegas Raiders after signing an $11 million deal with the team back in 2021. The former Alabama running back appeared in 12 games recording 254 rushing yards with two touchdowns and 30 receptions for 291 yards and a touchdown.

Drake shared a post on social media as well signaling his arrival to Baltimore.

the real is back 😈