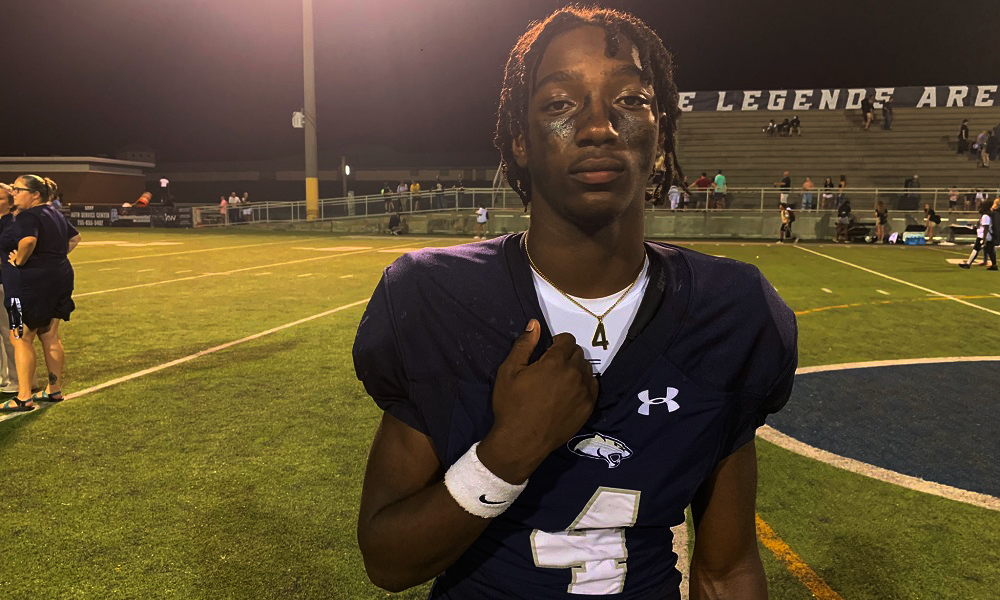 Mario Craver is one of the top wide receivers in the 2024 recruiting class, and he has a commitment date locked in.

Craver attends Clay-Chalkville High School in Alabama, and he garners a four-star rating from multiple recruiting sites. He holds 22 D1 offers, including offers from Alabama, Texas A&M and others. The junior told Touchdown Alabama Friday he has locked in a commitment date.

The four-star recruit plans to drop a top school list in the coming weeks.

Alabama is one of the teams, who have contacted Craver since Sept. 1. Alabama’s defensive line coach Freddie Roach has been at the forefront of that contact.

“Coach Roach has reached out a few times,” said Craver. “We have a really strong relationship. That is the main person I have been talking to at Bama. He has been consistent and made sure Alabama is still one of my top schools.”

When asked about what other teams outside of Alabama are standing out in is recruitment as of late, Craver answered with one team. That team was the Tennessee Vols.

“Their fast-paced offense is an offense I can see myself in,” said Craver. “What they are doing right now is turning their program around, and I like that. I want to be a part of something like that. I do not want to join a winning team. I want to build it up.”

At 5-foot-10 and 160 pounds, Craver is a speedy wide receiver who can make plays with his elite route-running ability and impressive vertical.

“I feel I do a good job at being the most explosive player on the field at all times, a guy where if we need a play we know who we going to,” Craver said. ”

2024 4-Star WR, Mario Craver @Craverrr4 with the acrobatic TD catch in the corner of the end zone.

Nice body control and got one foot in bounds. pic.twitter.com/8Fbfb06EwO