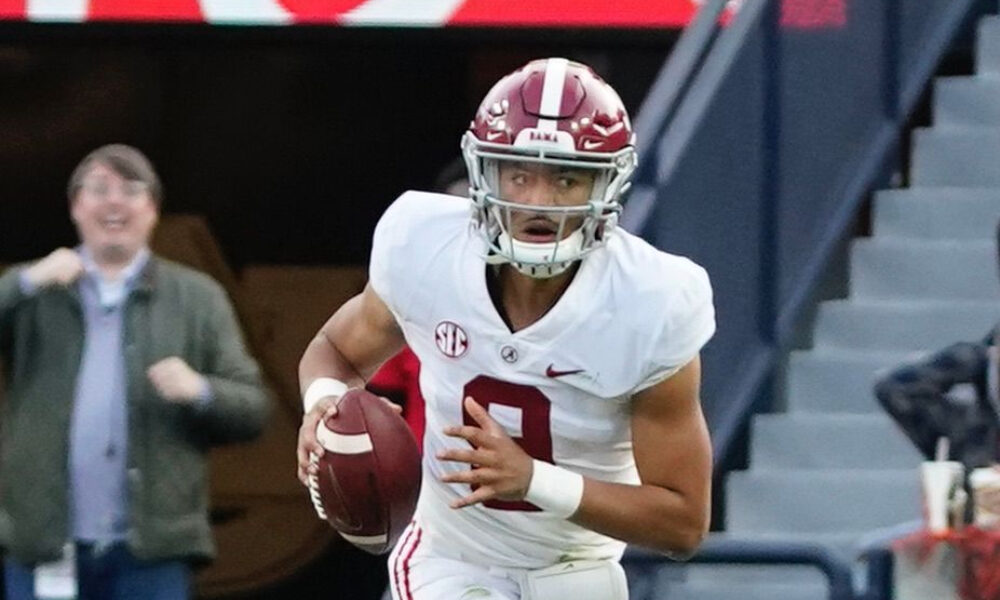 We have finally made it to No. 1, and it is the reigning Heisman Trophy-winner Bryce Young.

It is rare that a Heisman Trophy-winner has to return to college football because he is not eligible for the NFL Draft.

Bryce Young will have an opportunity to win the coveted award again during what will most likely be his last season in the crimson and white.

Young come to Alabama as part of the 2020 recruiting class, and he was rated as a five-star recruit. After sitting a year behind Mac Jones, Young became the Crimson Tide’s starter in 2021, and he left his mark. As a sophomore, the California native threw for 4,872 yards and 47 touchdowns en route to winning the Heisman Trophy.

The senior is one of the most accomplished quarterbacks in Alabama football history, but he has yet to win a National Championship as a starting quarterback. He will have an opportunity to do so this season with a veteran defense returning to Tuscaloosa. He also has some new weapons on the outside.

The chemistry and the rhythm he is able to establish with his new wide receiver group will determine how much success he will have this season.

Young is projected to be one of the top quarterbacks off the board in the 2022 NFL draft. A great season will cement his draft stock.