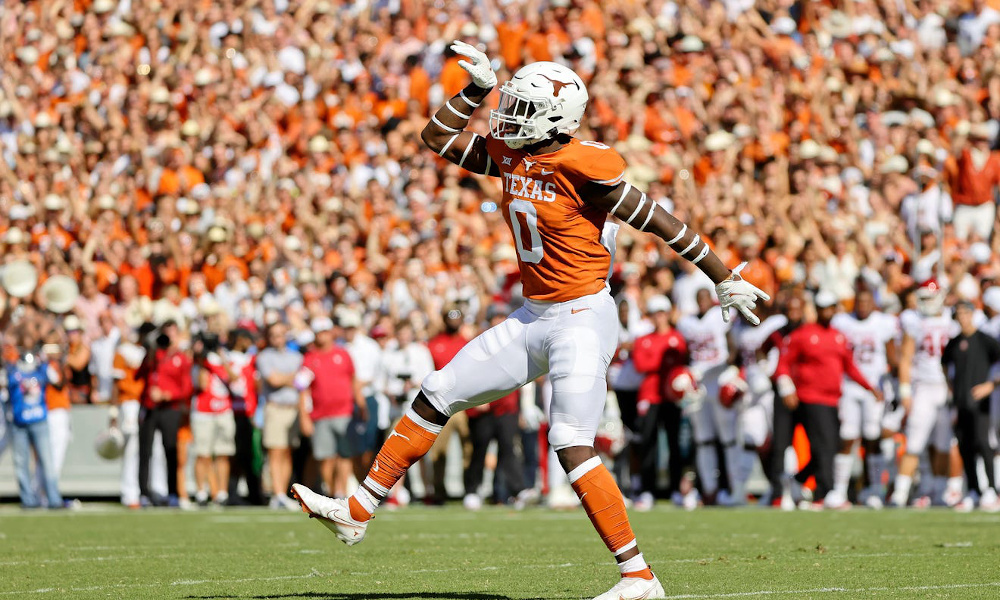 Texas enters Saturday’s matchup against Alabama with a lot of confidence.

The Longhorn fans are saying “We Want Bama,” and its marching band said, “We’re gonna beat the hell out of Bama!”

Both schools have not played each other since the 2010 BCS National Championship Game. Alabama ended the 2009 season by crushing Texas’ national title dreams at the Rose Bowl in Pasadena, Calif. The Crimson Tide earned a 37-21 victory, giving Nick Saban his first championship in Tuscaloosa. The ‘Horns have been irrelevant since, but it wants to resurge as a marquee brand.

RELATED: Traeshon Holden’s maturity is about to lead him to a breakout season for Alabama

DeMarvion Overshown, a Texas linebacker, is excited about the matchup. The senior led the Longhorns for total tackles (74) in 2021 and has eight tackles this season. He said a victory over Alabama ‘would not shock anyone inside Texas’ locker room.’

Texas LB DeMarvion Overshown agrees that a win over #1 Alabama would probably shock the world but that “it wouldn’t shock anyone inside the locker room.” #HookEm

Overshown becomes the second player to state that Texas can take Alabama. Keilan Robinson, a former Alabama running back, said the Longhorns can take the Crimson Tide during the summer. It is good the see the confidence of Texas leading into a highly anticipated matchup at Darrell K Royal-Texas Memorial Stadium. ESPN’s College GameDay will be in Austin, Texas, for coverage.

Both teams will battle stifling heat, but we’ll see if Texas can topple the Tide.