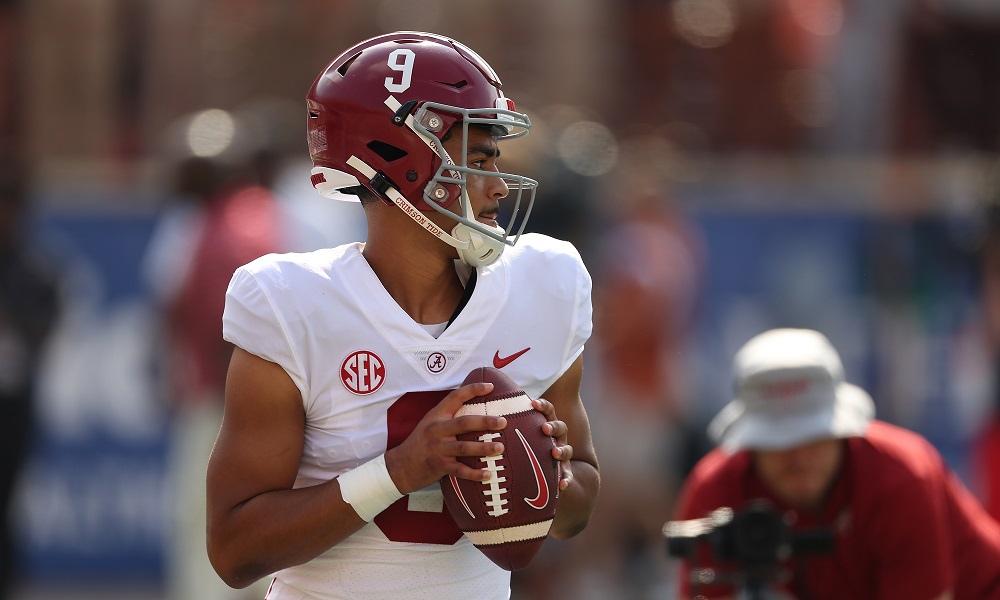 The legends slow their mind down, the game slows down, their confidence rises at the moment, and people expect special things.

RELATED: Alabama drops to No. 2 in the AP Top 25 after narrow win over Texas

Alabama fans enjoyed what John Parker Wilson, Greg McElroy, AJ McCarron, Blake Sims, Jacob Coker, Jalen Hurts, Tua Tagovailoa, and Mac Jones did in the Nick Saban era. Wilson and Sims did not lead the Crimson Tide to national championships as starting quarterbacks, but their courage won over the Tide nation. Bryce Young gives Alabama something it has always wanted: a presence that provides the team an advantage to win every game. The Tide trailed Auburn in the 2021 Iron Bowl at Jordan-Hare Stadium in the fourth quarter. Auburn fans shook the stadium and had hope of a 10-3 victory over its in-state rival until they saw Young’s smiling face on Alabama’s final drive of regulation. He took the Tide downfield in 12 plays, covering 97 yards.

Young shredded the Tigers’ secondary with pinpoint decision-making and found wide receiver Ja’Corey Brooks for a touchdown to tie the game. Alabama earned a 24-22 victory over Auburn, and Young became the first Tide quarterback to win the Heisman Memorial Trophy. Last week, consumers of college football saw why the junior is the reigning Heisman winner.

The Tide did not have its best performance against Texas. Nick Saban saw 15 penalties, the most by any Alabama team in his tenure. Several mental errors were on defense, including four penalties on veteran linebacker Will Anderson Jr. Alabama’s secondary had no answers for the Longhorns’ receivers, and the defensive line could not affect Quinn Ewers before an injury.

Alabama’s offensive line could not get the running game going, and pressure constantly got in Young’s face. The best quarterbacks can overcome adversity. Young did this at Darrell K Royal-Texas Memorial Stadium in the Crimson Tide’s final drive. Alabama trailed 17-19 in the fourth quarter with 1:29 left in regulation. Young took the offense downfield in nine plays, covering 61 yards.

He had a 20-yard run that set up Will Reichard for a game-winning, 33-yard field goal.

Reichard made the kick to give Alabama a 20-19 lead, but Young produced the drive.

Tide fans have wanted a quarterback that makes them feel they are never out of a game. Texas had a boisterous crowd, momentum on offense, and a defense flexing its muscles, but Alabama had a Heisman-winning quarterback. Young made the difference in the matchup, totaling 213 passing yards, 38 rushing yards, and a touchdown. The Tide has a lot to work on before challenging Southeastern Conference opponents come in, but Young gives it an edge with his confidence in every situation.