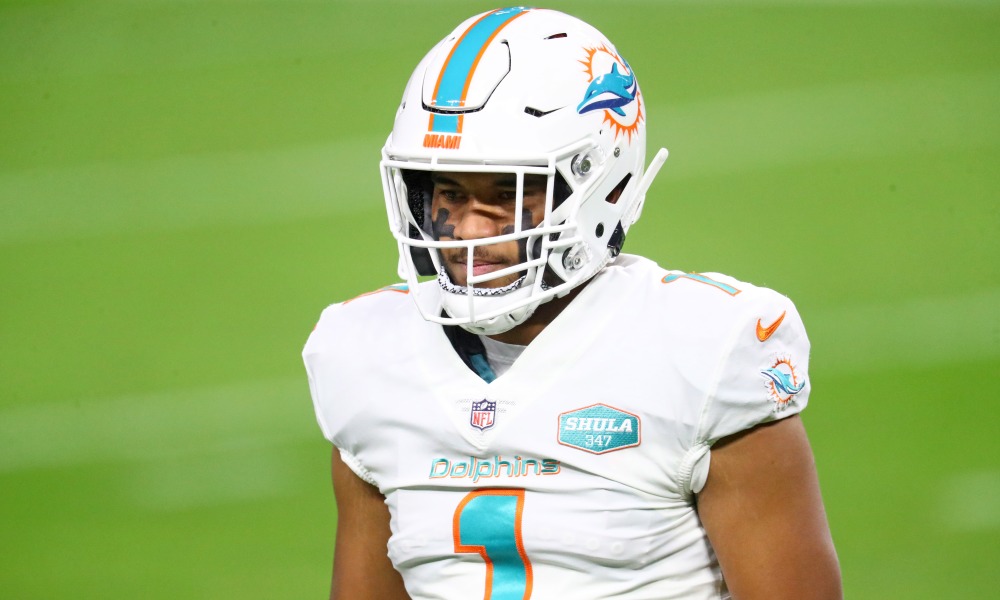 South Florida is going crazy for Tua Tagovailoa as the Miami Dolphins are 2-0.

Tagovailoa took so much criticism in the offseason, but he looked dynamite against the Ravens. He totaled a career-high 469 passing yards and six touchdowns in a 42-38 victory. Tagovailoa defeated Lamar Jackson and dropped dimes to Tyreek Hill and Jaylen Waddle. Tagovailoa joins Dan Marino and Bob Griese for most touchdown passes in a game for the Dolphins.

SECOND TD OF THE DAY FOR @cheetah‼️ 🐆

Miami fans and national media are overjoyed on Twitter as they react to the explosive performance from the third-year quarterback.

I TAKE EVERYTHING BACK TUA IS A FRANCHISE QB

Put some respect on this man’s name!

Tua Tagovailoa has 6 TD passes today, tied for the second most in a game in NFL history.

What a comeback. Tua Tagovailoa does it. Leads Miami down the field for a 2-minute drill. Hits Jaylen Waddle for TD to take 42-38 lead with 14 seconds left. What a moment for Tua.

Tua Tagovailoa ties a franchise record with 6 TD passes, most since 1986. He joins Marino and Griese.