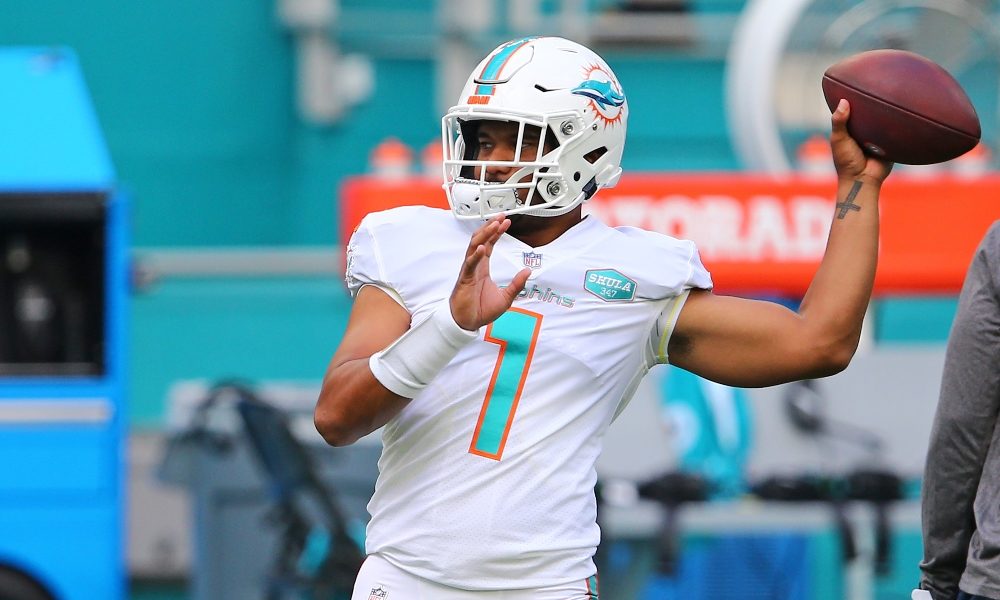 Going into the fourth quarter the Miami Dolphins were down three scores to the Baltimore Ravens but what transpired was a comeback that will be remembered for the weeks to come.

But for Tua Tagovailoa it may rank second to his college days.

Tagovailoa led the Dolphins all the way back, while silencing his critics, as he connected with former Alabama teammate Jaylen Waddle in the endzone for the go-ahead score with under 20 seconds remaining.

On the day Tagovailoa threw for 469 and six touchdown passes as he led Miami to the 42-38 win.