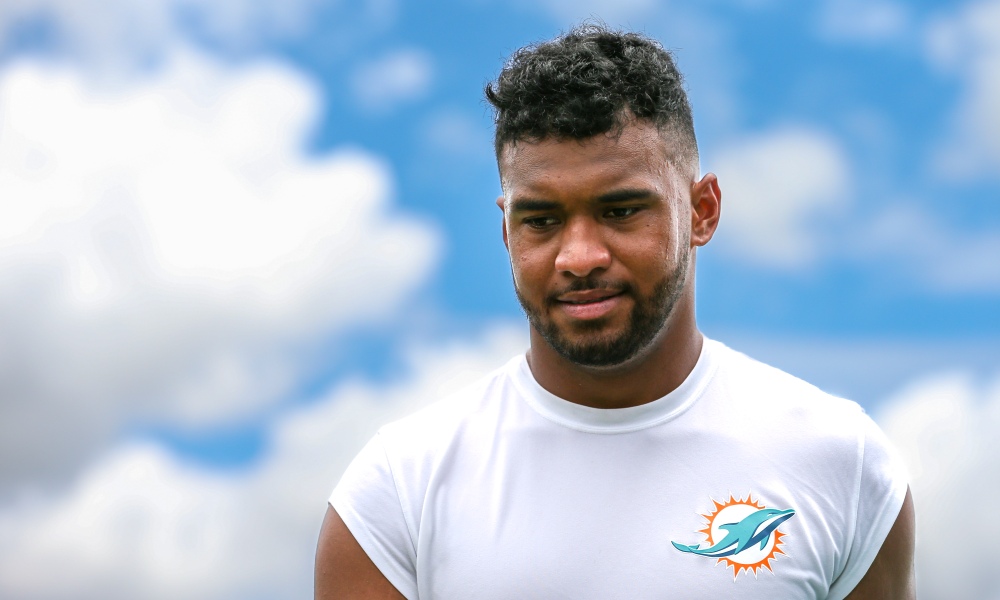 National media has been blown away by Tua Tagovailoa’s success, especially leading Miami to a comeback win over Baltimore.

He is exuding more confidence, poise, accuracy, timing, and footwork through his first two games.

A sense of fun and enjoyment for football has also returned for him. Tagovailoa is speaking more, his personality has grown, and he is feeling like a quarterback who is ready to take over the National Football League. After two years of criticism, mainstream sports outlets are wondering how he could have made a quick transition under Mike McDaniel. A training facility in South Florida knew how good Tagovailoa could be when it started working with him. He is three years removed from a right hip injury in his junior season at the University of Alabama, but Tagovailoa had a career day versus Lamar Jackson with 469 passing yards and six touchdowns — becoming the first Dolphins quarterback to total six scores in a game since Dan Marino and Bob Griese.

Nick Hicks, co-owner of PER4ORM Sports and Tagovailoa’s sports performance trainer, told theScore how Tagovailoa has exploded with a fast start to the season. He has a stronger lower body and core, and his elite footwork has returned.

“This offseason was completely different because he has maintained the strength he’d built in 2021 when was still rehabbing,” Hicks told theScore on Tagovailoa.

Tagovailoa started seven games for Miami in 2021, but he missed time due to fractured ribs and a finger injury.

Hicks and his crew put the finishing touches on Tagovailoa to get him playing at a high level.

“Let’s polish this gem,” Hick said. “We started working on movement-specific stuff, off-platform throwing, footwork, and getting his fast twitch back. A completely new program with real offseason training, as opposed to rehab. He’s had insane increases. The results on the four different types of throws were pretty crazy.”

He is known for his accuracy, but working with Hicks has increased the distance of Tagovailoa’s throws by 15-21 yards.

He is stepping into throws, pushing the ball downfield, and generating great force from the ground up.

Tagovailoa leads all quarterbacks in the NFL for passing yards (739), passing yards per game (369.5), and touchdown passes (seven). He is second for quarterback rating (85.7), third for yards per pass attempt (8.9), fourth for passer rating (116.5), and sixth for completion percentage (71.1). Tagovailoa earned AFC Player of the Week honors for his efforts against the Ravens.

His new body has him playing lights out.