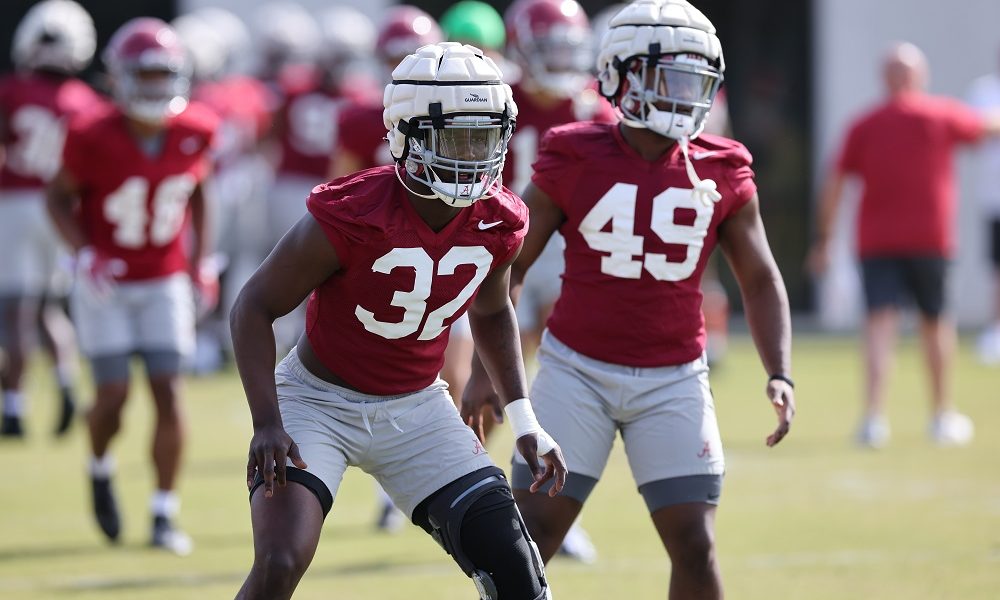 Alabama’s most respected inside linebackers in the Nick Saban era have been in-state products.

Rolando McClain, C.J. Mosley, Reggie Ragland, Reuben Foster, Shaun Dion Hamilton, and Rashaan Evans led the defense to national championships with their leadership and energy in the middle. Foster was born in Alabama, moved to Georgia for a while, and then returned to Alabama to play at Auburn High School. All players listed were successful middle linebackers that fans loved seeing on the field. The Crimson Tide has yet to have a thumper at that position in a while, but a new in-state talent is emerging. Deontae Lawson, a redshirt freshman, wears No. 32 — the number Mosley and Evans made special in Tuscaloosa.

Lawson is from Mobile, Ala.

He was a force at Mobile Christian Academy, totaling 134 tackles (101 solo stops) in his junior year. Lawson arrived in the 2021 recruiting class for Alabama as a four-star. After playing in four games, he decided to learn the defense more and redshirt the remainder of his freshman year. The decision worked in his favor as Lawson pushed Jaylen Moody for the starting position at weakside “Will” linebacker in fall camp. Moody won the job; however, Saban could not keep Lawson off the field. He was rotated early into Alabama’s first three games. Lawson recorded four tackles against Utah State, two versus Texas, and five against Louisiana-Monroe. He shot through gaps, stuck his nose in on plays, and showed lateral quickness attacking the football.

Lawson is sixth for Alabama in total tackles (10), including one for loss. The future is special with him potentially as a middle linebacker. Coach Saban said Lawson is playing fast and has more confidence.

“He is doing a good job,” he said Monday of Lawson. “He is much more confident in knowing what to do and how to do it. I think it takes a while to develop confidence systematically in players in terms of understanding what is required of me on this play.”

Saban said discipline to read plays, fit run gaps, and follow assignments is crucial. He is seeing these aspects in Lawson as a second-year linebacker. He is earning Saban’s trust, and the duo of him and Kendrick Blackshire will be scary in the future.