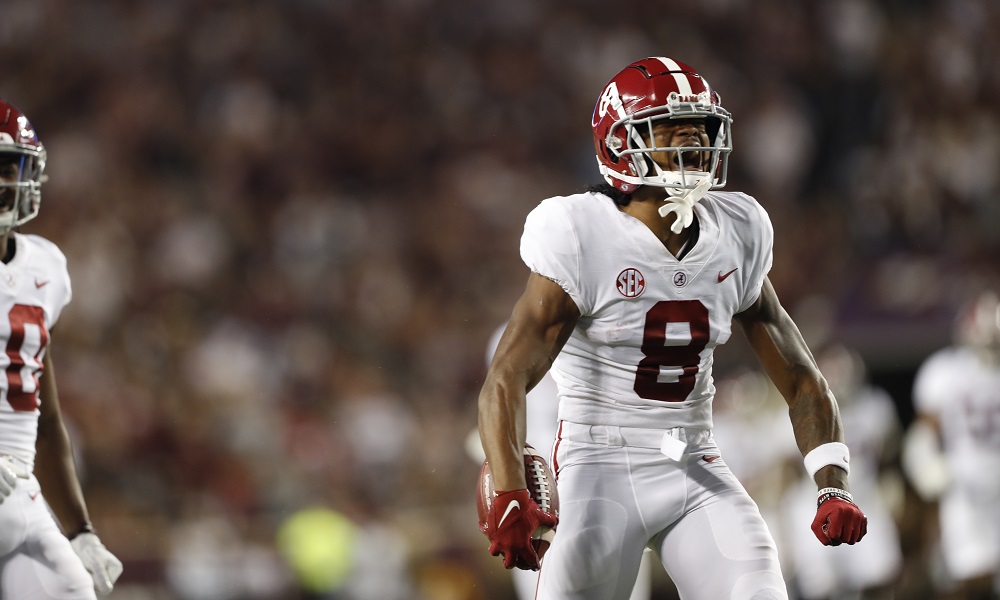 No matter the challenges he has faced, John Metchie observes everything with a smile.

He was preparing for an excellent rookie season in the National Football League after the Houston Texans took him in the second round of the NFL Draft. Metchie had a good collegiate career at the University of Alabama, helping the Crimson Tide to a perfect College Football Playoff National Championship season in 2020. His rookie season dreams got stopped after training camp when he was diagnosed with a curable form of leukemia. Support came from everywhere for Metchie, but the biggest form came from fans and children in the Houston area that showered him in love. On Monday, Metchie surprised his hospital family with a special day at NRG Stadium to thank them. He wants to be a blessing to others, and the Texans captured Metchie in action in a video.

“Life always deals you a card. It’s all about how you respond to it, how you face it.”

On Monday, John Metchie III surprised his hospital family with a special evening at NRG Stadium to thank them for their support throughout his cancer treatment. pic.twitter.com/dnppQuuAqi

He talked about his journey through treatment, giving back to those who supported him, and learning from tough moments.

RELATED: Alabama’s keys to victory for matchup against Arkansas

People are cheering for the native Canadian to make his return to the field soon. Metchie is appreciative of every doctor, nurse, hospital worker, adult, and child that cared for him during his treatment. He wants to be at his very best for them.