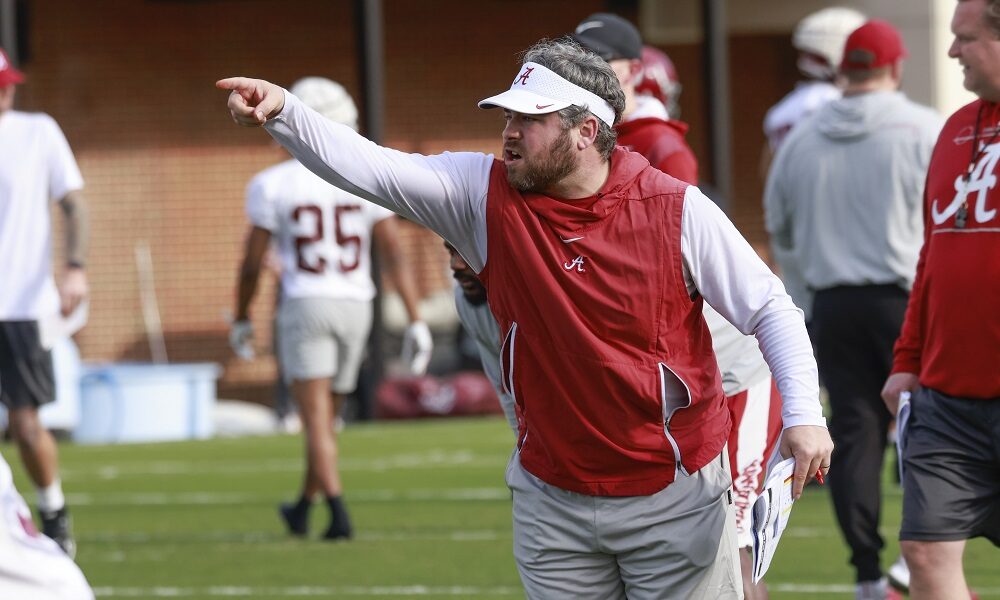 Alabama fans are fed up with Pete Golding as the defensive coordinator.

The Crimson Tide allowed the most points in the Nick Saban era (52) to Tennessee in a loss. Alabama got no pressure on Volunteers’ quarterback Hendon Hooker and receiver Jaylin Hyatt had a career game. In a 24-hour poll by Touchdown Alabama Magazine via Twitter, Tide fans provided one of the highest turnouts on should Saban part ways with Golding.

Over 2,500 fans voted and 75.7 percent of Alabama nation wants Golding out of Tuscaloosa.

Is it time for Nick Saban to part ways with Pete Golding?

The thoughts from fans are below.

Coach Saban to go ahead and Fire @CoachGolding he needs to get packing immediately its passed time for him to go hes worn out his welcome. #FirePeteGolding @AlabamaFTBL @UA_Athletics @UofAlabama @Greg_Byrne https://t.co/AeVrfm8mSP

Maaaaaaan what!? Why is this even a question? We’ve known this since he first took on the job https://t.co/A74CPzj8HM

Pruitt should already be there this morning imo. Bama defense use to scare teams. Now not so much. Just look at how many 30+ game’s the defense has given up since Pete took over. Numbers don’t lie…
Roll MF Tide!!! 💯💪🏼🐘🏈👑🐐

Was time after the clemson loss

There’s no way you allowed Tennessee best receiver to line up with your safety! After the second half they continue to do the same thing. Go to man to man in the secondary cover 4 uses match principles which involves man-coverage techniques while running zone