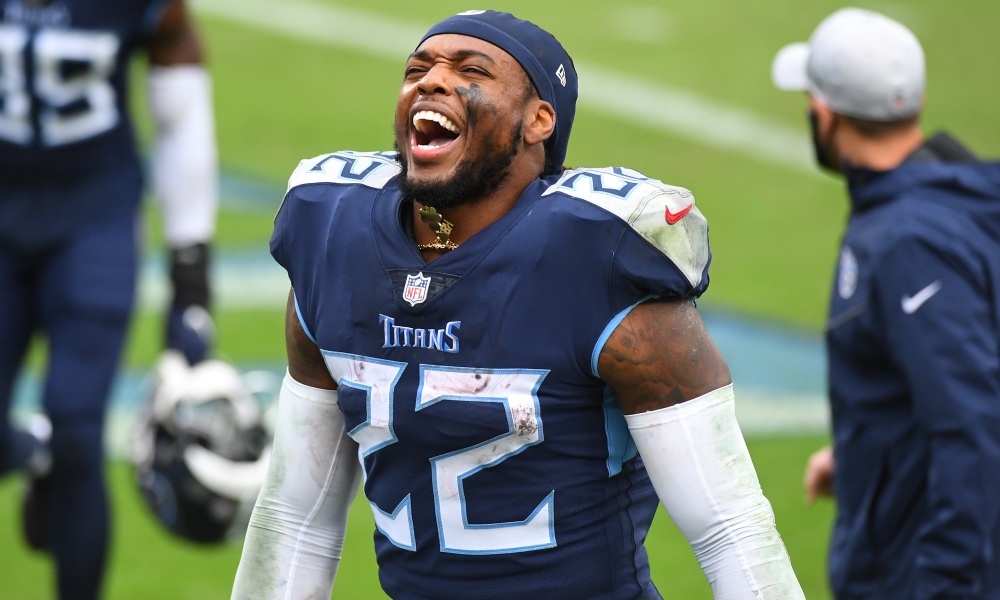 Derrick Henry picks up a weekly honor for his performance against the Houston Texans.

He became the Houston Oilers/Tennessee Titans all-time career leader for rushing touchdowns (75) in Tennessee’s 17-10 victory on Sunday. Henry totaled 219 yards rushing and two touchdowns on 32 carries. He averaged 6.8 yards per rushing attempt, including a long run of 41 yards. Henry assisted Malik Willis to his first win as a rookie quarterback for the Titans.

His efforts allowed him to be named AFC Player of the Week. Henry leads all running backs in the National Football League for carries (166), stands second for rushing yards (755), and is third for rushing touchdowns (seven).

Players of the Week – Week 8

He has four 100+ yard rushing games this season.