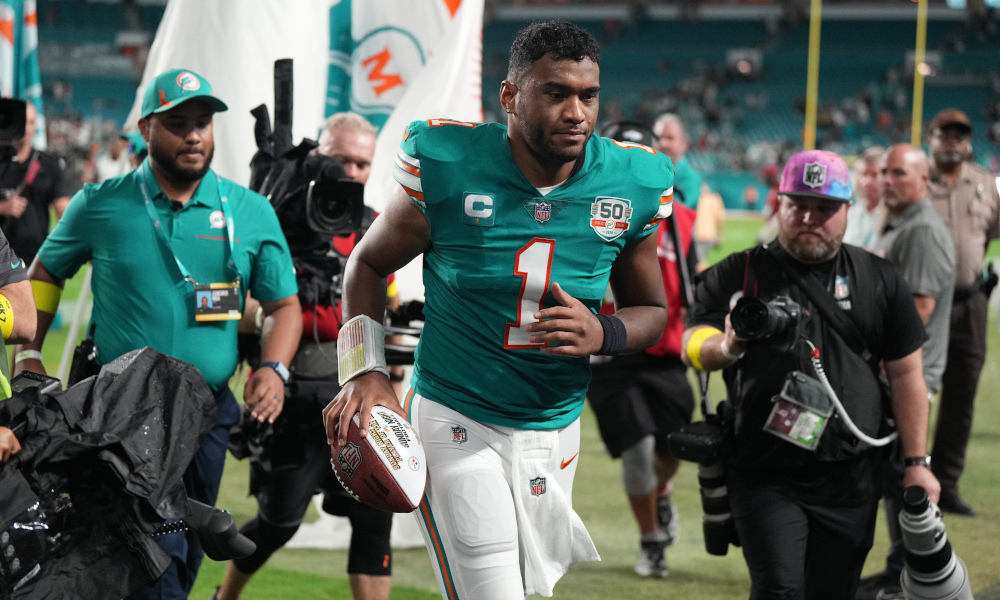 People wondered if Tua Tagovailoa would be able to handle the physicality of the league while Jalen Hurts’ issue was if he could improve in the passing game. Both signal-callers have performed well in their third seasons. Hurts has the Philadelphia Eagles undefeated (7-0) and Tagovailoa is having success torching defenses with his deep ball in Miami. Tagovailoa and Hurts have winning records as starting quarterbacks, but they are the lone two signal-callers from their draft class with winning records.

Tua Tagovailoa and Jalen Hurts are the only quarterbacks from their draft class with winning records 💯 pic.twitter.com/NPrDVDfCgA

RELATED: Five Alabama players that must be impactful at Tiger Stadium versus LSU

Both players look forward to leading their teams on deep playoff runs.