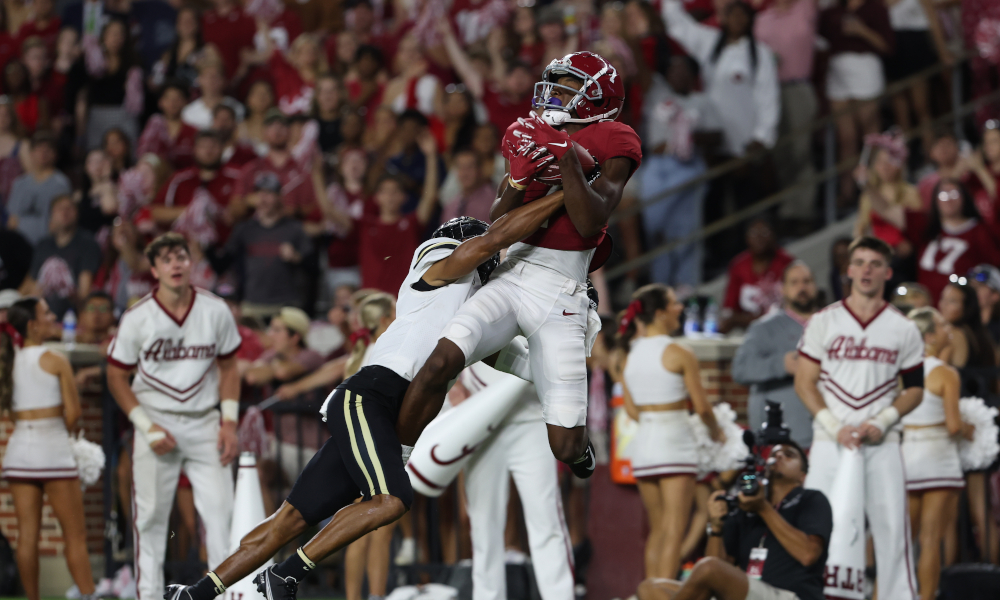 Alabama got back into the win column against Mississippi State after losing to Tennessee.

Now, the Crimson Tide travels to Tiger Stadium to face Louisiana State University. Alabama will have its eighth road test in a hostile environment in the last two years. Nick Saban watched his team handle Mississippi State in 2021, but Alabama struggled to defeat Florida and Auburn. The Tide lost to Texas A&M last year on the road and lost to Tennessee this year on the road.

It escaped Texas with a one-point victory in week two of this season. However, a sense of urgency has hit the Tide as it debuted at No. 6 in the first College Football Playoff rankings. Alabama can run the table to Atlanta for an SEC Championship and the CFP, but it starts by handling LSU in Baton Rouge, La. ESPN will have the call at 6:00 p.m. CT on Saturday as Brian Kelly looks for his first win over Coach Saban. Alabama needs to have several players step up, but five names must be impactful in this matchup.

The five names for this breakdown are below.

Young, Eboigbe, and DJ Dale came in the 2019 recruiting class as four stars. Young has been the most productive and consistent of the trio in stopping the run and pressuring quarterbacks. He has two tackles for loss, a shared sack, two quarterback hurries, and a pass breakup to pair with 29 total tackles. The 6-foot-3, 292-pounder has an opportunity to affect LSU’s quarterback Jayden Daniels and shut down the Tigers’ surging run game. Alabama fans want the ‘cheetah package’ of Will Anderson, Dallas Turner, and Chris Braswell to dominate the matchup, but their success hinges on the push from the interior defensive line.

Young has to own his box upfront and handle LSU’s offensive line.

He is not like the linebackers of recent history for Alabama, but Henry To’oto’o can earn respect against LSU.

As a second-year player for the Tide, he is a semifinalist for the Dick Butkus Award. To’oto’o leads Alabama’s defense for total tackles (60) and has 4.5 tackles for loss, a sack, and a quarterback hurry. He has turned in a few nice performances; however, To’oto’o needs a game to announce himself as a marquee NFL Draft pick. He can have the moment in Saturday’s game in “Death Valley” against the Tigers. Alabama needs a monster showing from him at middle linebacker shutting every down up front.

We have not heard Jordan Battle’s name called much for creating big plays all season.

He totaled seven pass breakups and four interceptions — three returned for touchdowns — in the last two years. Battle has a pass breakup and no picks in his senior campaign. As a member of the leadership council, the South Florida native does have 38 total tackles. Battle needs a performance where NFL scouts look at him as a concrete first-round pick. He has not shown consistent marquee plays this year, but Saturday’s game could turn it around for him. Eli Ricks, Kool-Aid McKinstry, Terrion Arnold, Brian Branch, and DeMarco Hellams have had big moments in the secondary. It is time for the former four-star in Battle to have one.

Alabama has a deep and talented wide receiver room, but no one has emerged as the No. 1 option.

Ja’Corey Brooks, a sophomore, has been the most consistent. Coach Saban loves his toughness, competitiveness, size, speed, big-play capabilities, and desire to help the team win games. He is the lone receiver with a 100-yard performance under his belt, totaling six catches for 117 yards and two touchdowns versus Vanderbilt. Brooks leads the Tide for receiving yards (376) and has 21 catches, including four for touchdowns. The 6-foot-2, 196-pounder has the most chemistry with Bryce Young on offense.

RELATED: Mel Kiper ranks Alabama’s Bryce Young as the No. 3 quarterback on his draft board

We have seen plays from Kobe Prentice, JoJo Earle, and Isaiah Bond, but Brooks needs to have a big game.

Alabama fans want to see Seth McLaughlin start at center, but Tyler Steen may play a bigger role against LSU.

Steen, a first-year starting left tackle for Alabama, has the responsibility of keeping LSU’s BJ Ojulari and Ali Gaye away from Bryce Young. The Tigers have regained its swagger on defense and want to show college football it can affect the reigning Heisman Trophy winner. Steen has to have his best outing in pass protection and run blocking for the Crimson Tide.