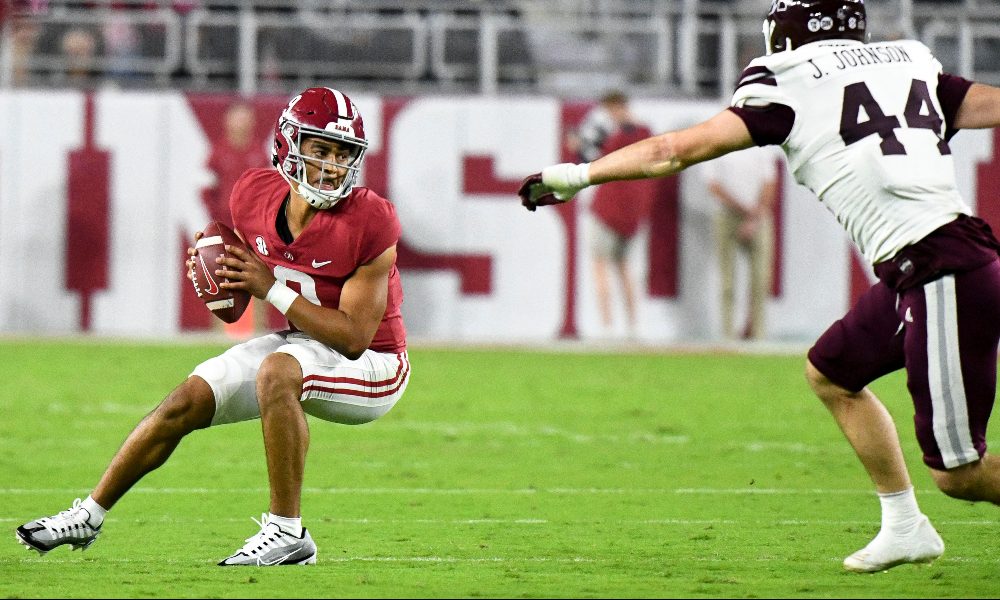 He did not play against Texas A&M after suffering a shoulder injury versus Arkansas, but the junior from California did everything he could to help the Crimson Tide in a matchup with Tennessee. The Tide suffered a 49-52 loss at Neyland Stadium, and Young felt the pain as he did from the 2022 College Football Playoff National Championship Game loss to Georgia.

He responded by leading Alabama to a 30-6 victory over Mississippi State, but Young knows Alabama cannot afford another setback if it wants a championship. The reigning Heisman Trophy winner sat down with ESPN Gene Wojciechowski to discuss how the Crimson Tide is locked in after the loss to the Volunteers. Young said, “when you feel the pain of defeat, you don’t want to feel it again.”

“When you feel the pain of defeat, you don’t want to feel that again.”@GenoEspn sat down with Bryce Young ahead of Alabama’s matchup with LSU ⤵️ pic.twitter.com/FJqFYVD7mP

“That game highlighted a lot of things as a team that we needed to improve on,” Young said about how the loss to Tennessee helped Alabama. “We have a lot more urgency.”

An aspect that Young and former Alabama quarterback Tua Tagovailoa share is how they changed Nick Saban. Both have made the 71-year-old smile more. He remains intense and highly competitive; however, Saban is not as hardcore as he used to be.

Young had Saban smiling on the sideline before the Mississippi State ended: a rare sight for Alabama fans. The 6-foot, 194-pounder has so much respect for his head coach. Saban has a lot of respect for Young as a leader and competitor.

“I have been able to learn so much from him,” Young said about the respect he has for Saban.

Young and Jayden Daniels faced each other in Pop Warner football. Daniels, the starting quarterback for LSU, got the better of Young in little league. He wants to continue the trend in college, but Young has bigger things on his mind. ESPN has the call for the matchup at 6:00 p.m. CT.