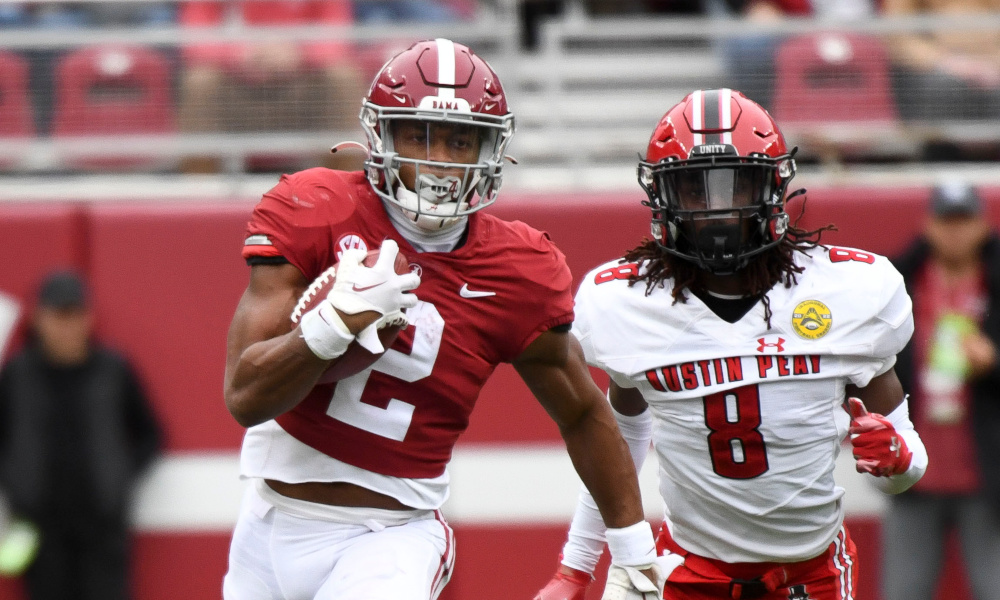 Alabama football has one player that’s bringing the effort to finish strong.

Jase McClellan came to the Crimson Tide as a talented running back in the 2020 class from Texas.

He impressed fans with his speed as a freshman, but he’s grown into a complete back. McClellan stepped up last week against Mississippi, totaling 84 yards rushing in a 30-24 victory for the Tide. He turned in several tough runs where he refused to be tackled and sparked Alabama’s offensive line. The 5-foot-11, 212-pounder continued the passion at Bryant-Denny Stadium on Saturday versus Austin Peay. Alabama looked sloppy offensively in the first half, but McClellan powered it to a 34-0 victory.

He recorded his first 100-yard rushing performance of the season, collecting 156 yards and two touchdowns on 17 carries.

Eight of McClellan’s runs went for first downs or scores as he averaged 9.2 yards per carry. After the game, Nick Saban told reporters they are just now seeing McClellan’s dominance. He has five rushing touchdowns this season and took over with physicality in Jahmyr Gibbs’ absence. Saban said he thought the former four-star played ‘really well’ for the home crowd.

Saban said McClellan has the skill and mindset to get tough rushing yards.

“I think people who have skill, they don’t play to the full potential of their skills if they don’t have the mindset,” he said. “So, I think that’s the case in anything that any of us do to be the best version of whatever we choose to do. Jase is tough, he’s physical, he can make you miss, he’s got a burst, he’s a good receiver, he’s a good blocker, so I think it’s a combination of both.”