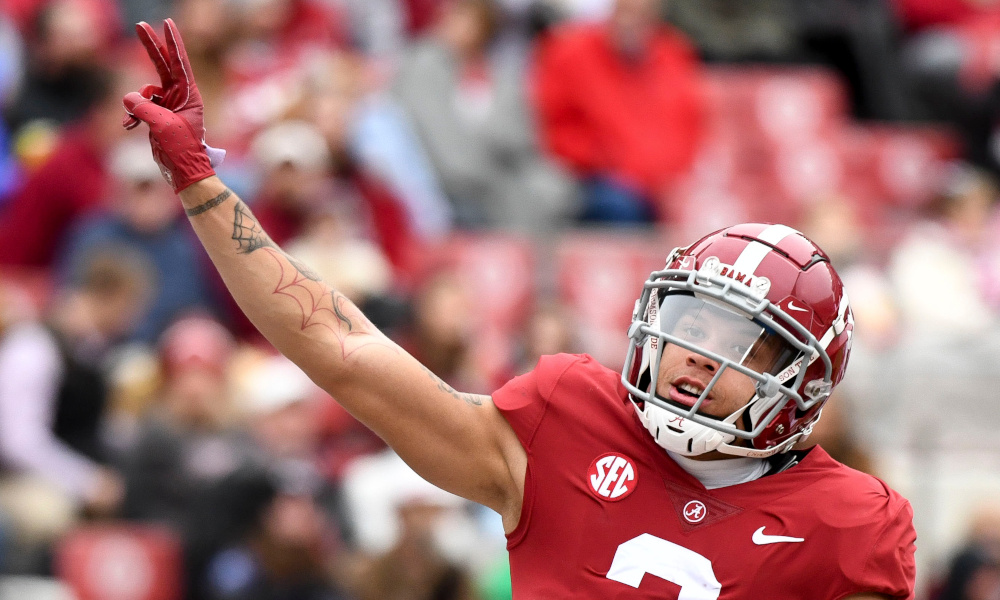 It took 11 games, but Alabama fans saw Jermaine Burton have an impactful game.

As a transfer wide receiver from Georgia, Burton had one 100-yard performance as a Bulldog in two years. The output came during his freshman season against Mississippi State. He recorded 197 yards receiving and two touchdowns on eight catches.

RELATED: Jase McClellan puts Alabama’s offense on his back in victory over Austin Peay

Burton has been inconsistent in his first season at Alabama, but he broke through against Austin Peay. His connection with quarterback Bryce Young finally came to fruition. He caught seven passes (seven targets) for a game-high 128 yards and two touchdowns. Burton led the Crimson Tide for receptions and averaged 18.3 yards per catch. He recorded a long catch of 50 yards and all seven of his receptions went for first downs or scores. Burton has disappeared in moments this season, but Nick Saban was pleased with his outing. Before the matchup with the Governors, he tallied 94 receiving yards against Vanderbilt at home.

“We’ve had a lot of confidence in Jermaine all year long,” Saban said of Burton after the game. “I think he did an outstanding job today and was really important. One of the biggest plays in the game was a fourth-down conversion to him early in the game that allowed us to score. I thought he played outstanding.”

Burton had eight total touchdowns in two seasons at Georgia. He’s collected six scores in his first year in Tuscaloosa.

Burton and the Tide’s receiver room now prepare for the Iron Bowl.