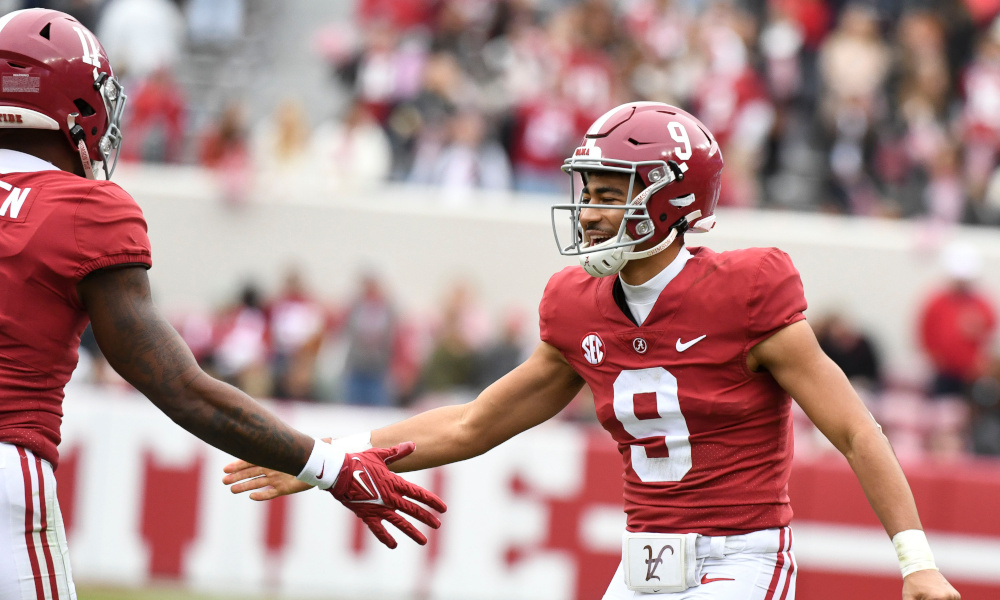 Alabama football will return home this weekend when they take on the Auburn Tigers in the Iron Bowl .

Key Insight: “Weather conditions could play a role in this one with potential rain, so Alabama has to establish Jase McClellan and its running backs. It can take shots with Bryce Young in the vertical passing game, but McClellan has been surging as of late. The Crimson Tide’s offensive line allowed seven sacks in the Iron Bowl last year. That cannot happen again. Defensively, the Tide has to suffocate Auburn’s passing and rushing attack. Also, it has to create multiple turnovers and send a message that it can win convincingly.”

Key Insight: “All records and rankings are thrown out the window in this one usually. This should have the feel of the traditional game in rivalry with the Crimson Tide coming out on top.”

Key Insight: “Although its postseason wishes are likely gone, there’s still a lot on the line in the Iron Bowl this year. Cadillac Williams brings in an inspired team after the turmoil it dealt with early on. Alabama hasn’t quite lived up to its standard which positions this take to be more difficult then their rankings would suggest. It’ll add another hard fought contest to the storied rivalry but the Crimson Tide will end victorious.”