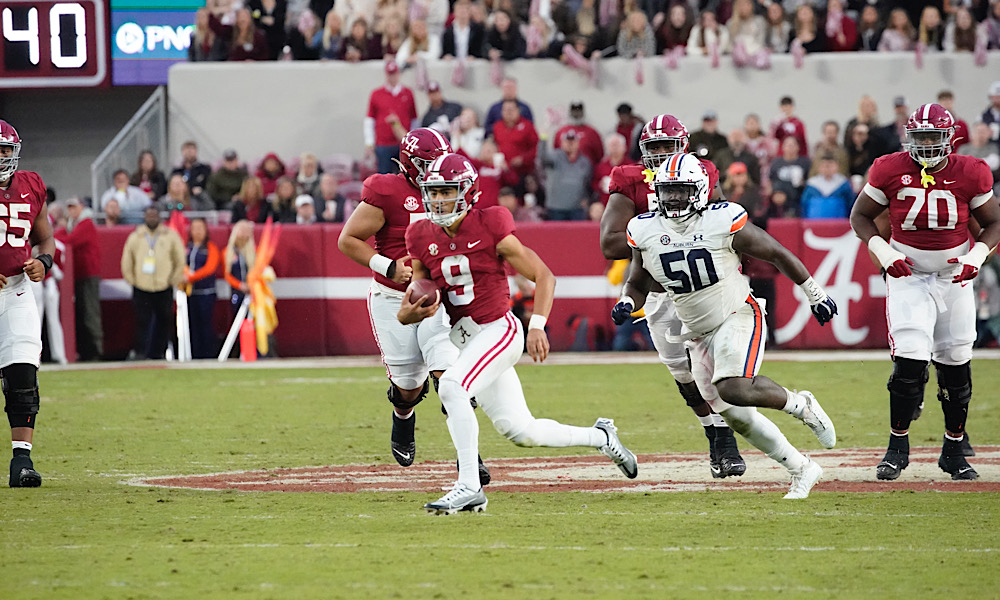 Bryce Young addressed what many Alabama fans were thinking about after leading the Crimson Tide to a 49-27 win over Auburn Saturday in the Iron Bowl.

The reigning Heisman trophy winner threw for 343 yards and three touchdowns in the Crimson Tide’s win over the Tigers. He waved goodbye to Bryant-Denny Stadium following Alabama’s victory, and some feel it could have been his last time playing in Tuscaloosa with him projected to be one of the first quarterbacks off the board in the 2023 NFL Draft. The California native said he has not given much thought to the possibility of leaving.

“I haven’t thought anything towards the future,” Young said. “I just take it one day at a time. Obviously, we have the 24-hour rule. We’ll enjoy. That’s where I’m at.”

Alabama fans have embraced Young since he made the move from the West Coast. He said he has enjoyed playing in front of Tide fans over the last three years.

“It meant the world to me with just the support that I felt. I’m from California, across the country and coming to the south so far away, as soon as I got here, everyone made it feel like home, and I’m forever grateful for that. The atmosphere, the environment we get to play in is the best environment in college football. So, I’m just super grateful.”

Alabama’s playoff hopes are still alive with its win over Auburn. The Tide will need some help to get into the College Football Playoff, but their chances are not as slim as they once appeared. Young addressed the Tide possibly getting in after the game.