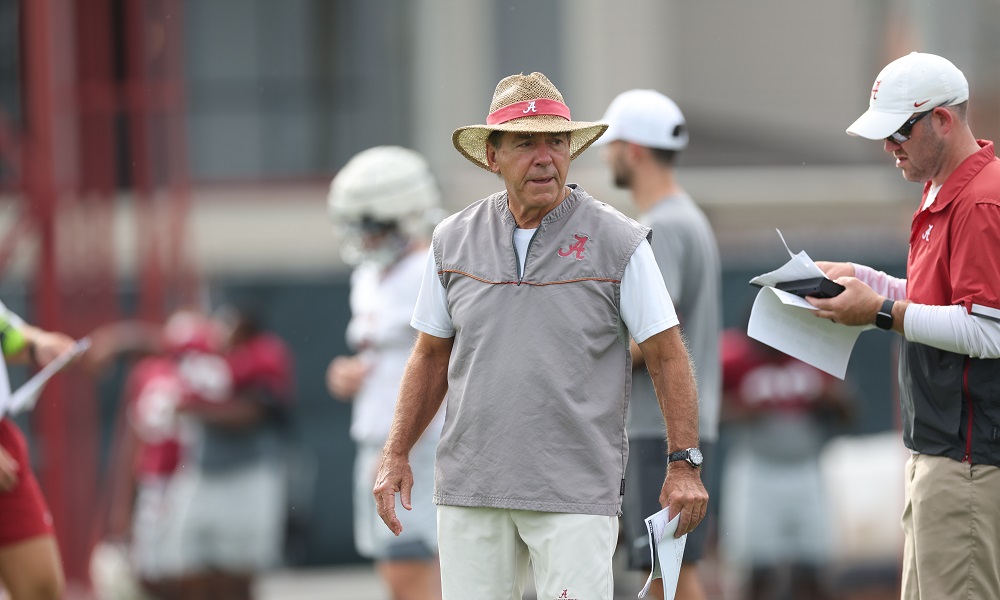 Transfer portal season has arrived and with it, Alabama has seen some experienced reserves and depth opt to test the waters of the rest of the country. After three players jumped in on Wednesday, the Crimson Tide’s total is now up to eight and December hasn’t even begun.

This could lead to a number of freshmen from Nick Saban’s top-ranked recruiting class getting a chance to have some immediate playing time right from the jump. But when looking at Alabama’s recent pattern of year-to-year upgrades, Saban hasn’t shied away from looking to the transfer portal himself to upgrade his team.

Just this past season the Crimson Tide brought in a total of six players from the portal, four of which would ultimately become starters.

Even when looking at a position like running back coming into 2022, Saban was staring at a group of talented players such as Roydell Williams, Jase McClellan, Trey Sanders and even Jamarion Miller to try and fill the void left by Brian Robinson. Yes, McClellan and Williams were both coming off of injury but healthy and cleared to go ahead of the team’s fall camp.

All that being said it didn’t stop Saban from enticing Georgia Tech running back Jahmyr Gibbs to join the offense, which turned out to be a big success for Alabama.

Now as things begin to shift towards next season, Alabama has some large holes to fill on both sides of the football which may require the transfer portal to address.

Most notably at the quarterback position, Bryce Young is all but confirmed to be headed to the NFL Draft in the coming month. Young will leave a sizeable gap on offense as he was the unquestioned leader and someone who had the capability to cover up for a number of deficiencies.

Competing for the job will likely be Jalen Milroe and Ty Simpson, both of whom don’t have a ton of game tape under their belts. Milroe did come in place of Young during the Arkansas game and started against Texas A&M the following week and although he fashed his dynamic play on the ground his arm and accuracy left much to be desired.

Simpson on the other hand has attempted five total passes in four games this season completing four for 35 yards.

Whether Saban is confident enough in the room to proceed is still yet to be determined, but there are already a few options in the portal that have a greater deal of experience.

Even the wide receiver room could use another upgrade going into next season. The group didn’t see much development throughout the year, as the deep passing game wasn’t there like in seasons past.

The defensive secondary could call for the addition of experience as well. With Jordan Battle, DeMarcco Hellams and Brian Branch all expected to depart it leaves just Malachi Moore as the lone option on the backend who has any real experience in those three spots.

Saban continues to recruit at a high level and Alabama’s youth could prove to be all it needs next year. But if recent history has proven anything it’s that Saban will cover his bases regardless.