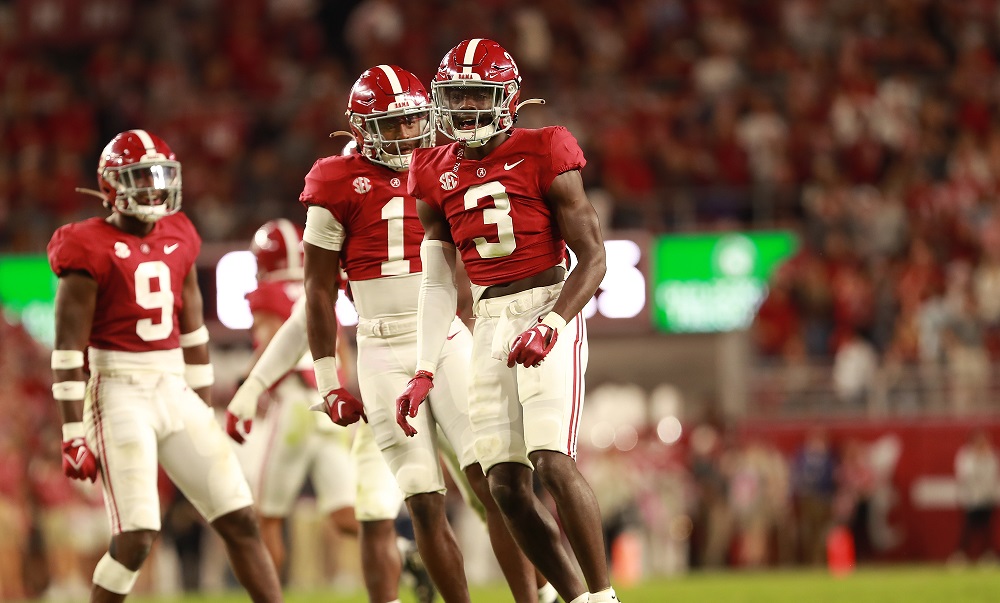 We officially have the funniest, but the most sincere pitch for Alabama football to get into the College Football Playoff.

Terrion Arnold, a redshirt freshman cornerback, used social media to get his point to the CFP Committee. In a hilarious TikTok video with Jordan Battle and Bryce Young, Arnold says the Crimson Tide has a point to prove. The former five-star in the 2021 class had auto-tuned his voice, but Arnold wants his teammates — especially Young — to have a chance at a national title.

Alabama sits at No. 6 in the CFP rankings as Saturday will have conference championship games.

The Tide looks for more chaos to happen. If chaos happens and Alabama gets it, it will have a point to prove.