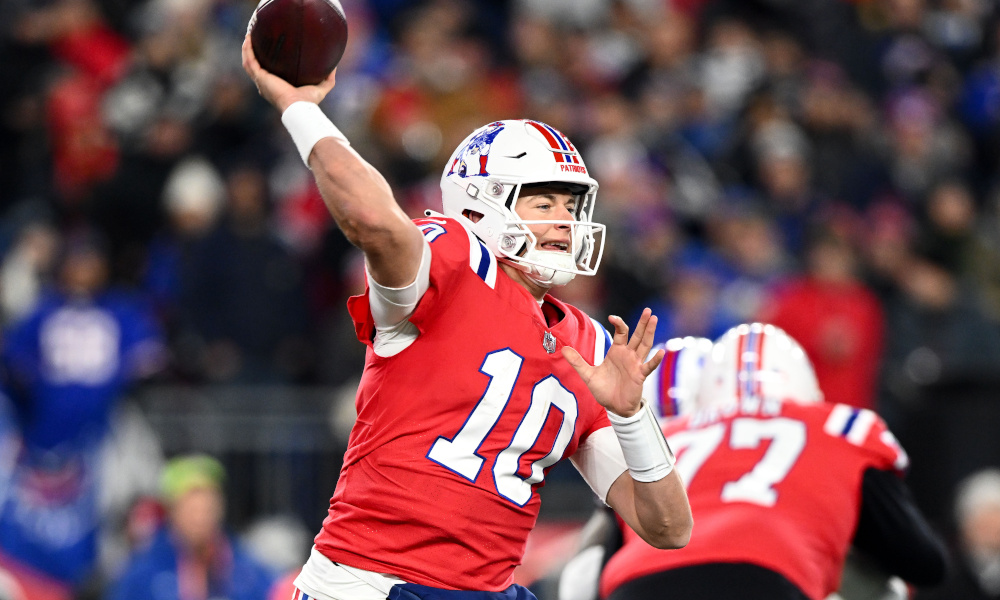 Mac Jones is fed up with New England’s offense under Matt Patricia.

The Patriots have struggled all season to score points and create explosive plays. During Thursday’s divisional matchup against the Buffalo Bills, the frustration bubbled over for Jones. He screamed ‘throw the f-cking ball!’ to Patricia on the sideline and his words got captured on video. Jones explained the situation in his postgame interview, but everyone can tell he is not happy with this offense. He made the Pro Bowl, set rookie franchise passing records, and took the team to the playoffs last season under the guidance of Josh McDaniels. McDaniels, Bill Belichick’s long-time confidant, is now the head coach of the Las Vegas Raiders.

Mac Jones has had enough of Matt Patricia pic.twitter.com/eez9QEucwT

New England dropped to 6-6 after a 10-24 loss to the Bills. Jones tossed a touchdown pass; however, he knows the offense lacks a vertical passing attack. He had that element to his game during his final season at the University of Alabama.

RELATED: Tom Brady praises Jalen Hurts for his performance against the Packers

Jones had Steve Sarkisian, Najee Harris, DeVonta Smith, Jaylen Waddle, and John Metchie at his disposal. He set school passing records with 4,500 yards. Jones tossed 41 passing touchdowns and became a Heisman Trophy finalist. As a former three-star recruit, he guided the Crimson Tide to an undefeated College Football Playoff National Championship. Bill O’Brien was reluctant to run the ball as Alabama’s offensive coordinator this season. Many rumors are out about the possibility of him returning to Belichick and the Patriots. Jones could use a play-caller to scheme plays downfield, but we will see what the Patriots do.