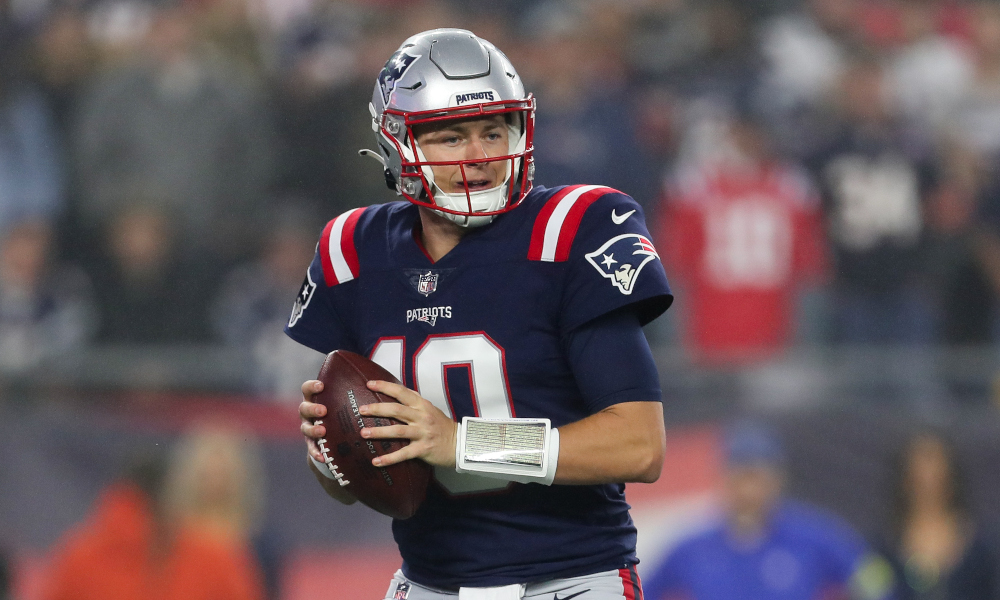 It was a frustrating night for Mac Jones and the Patriots offense against the Bills on Thursday.

The unit that has been a seesaw of highs and lows returned to the bottom against the divisional opponent as it mustered just 10 points and 242 yards of total offense.

During one moment on the sidelines, Jones was seen yelling at who appeared to be offensive coordinator Matt Patricia, explicitly stating the team needed to go to the passing game more.

Mac Jones has had enough of Matt Patricia pic.twitter.com/eez9QEucwT

Following the 24-10 loss, Jones addressed the clip saying he let his emotions get the best of him.

“Obviously, I just kind of let my emotions get to me,” Jones said. “But we were playing from behind and what I said was about throwing it deeper in the short game. I’ve got to execute that part better. It’s the short game we kept going to which was working, but I felt like we needed chunk plays and I shouted that out to get everyone going. That’s emotional. That’s football. I’m passionate about this game.”

The Patriots now sit at 6-6 and last place in the AFC East, and with the season quickly winding down the team will need to sort out its offensive deficiencies quickly in order to remain competitive.