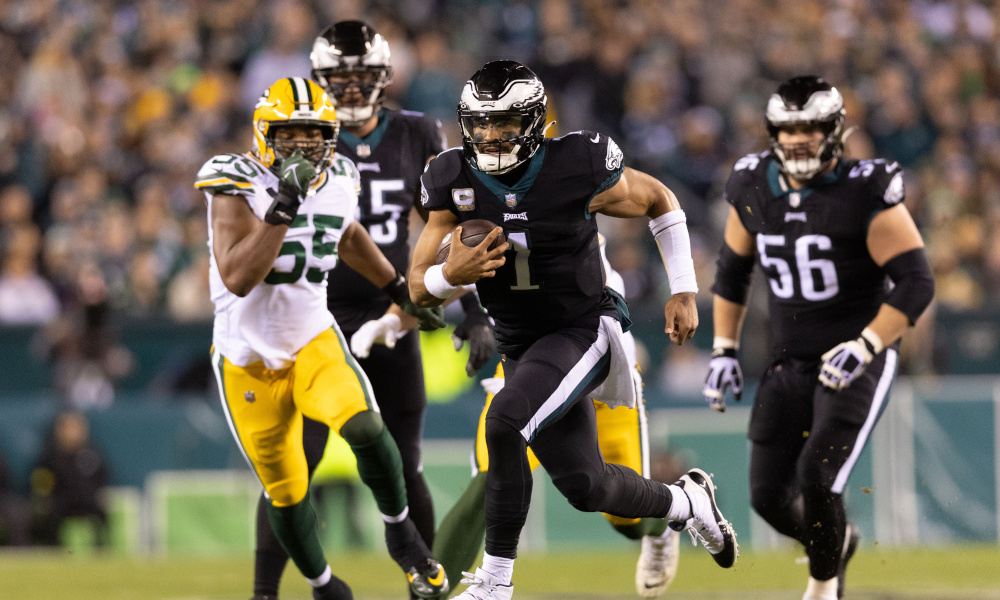 For someone who’s seen as much football as Tom Brady it may take a lot to impress the future Hall of Famer, but Jalen Hurts’ performance against the Green Bay Packers last week was more than enough to catch his attention.

During a segment of his SiriusXM podcast “Let’s Go”, Brady highlighted Hurts’ ability to move on the ground and the success the Eagles have had with him as its starting quarterback.

His play has positioned the Eagles to not only be the top team in the NFC East but a true Super Bowl contender.