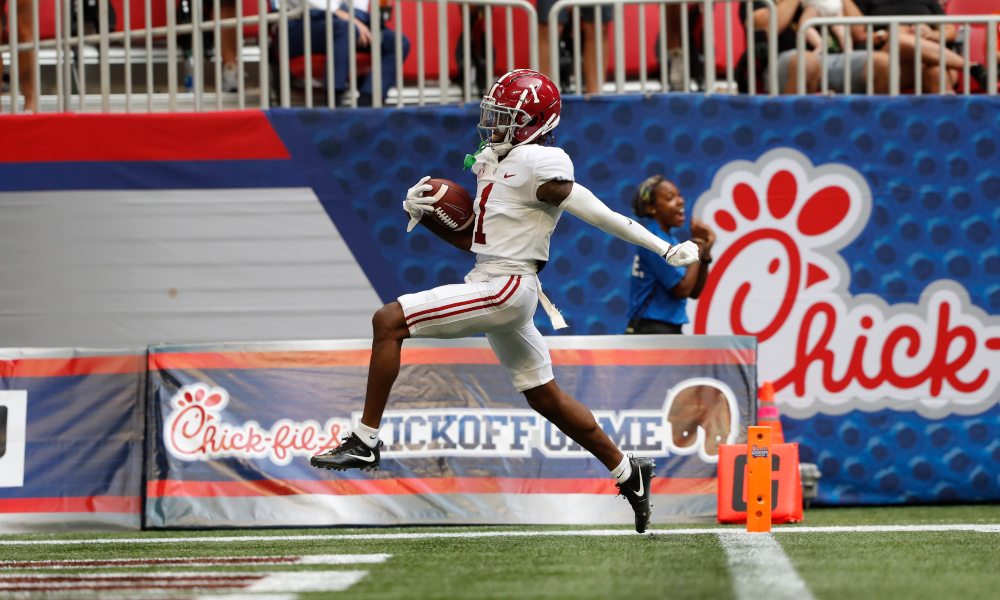 Jameson Williams is ready to show the National Football League why he was a first-round pick.

After rehabbing from a serious knee injury in the 2022 College Football Playoff National Championship Game between Alabama and Georgia, the former Crimson Tide standout will make his NFL debut for the Detroit Lions on Sunday against the Jacksonville Jaguars. ESPN’s Adam Schefter was first to report the news and others followed. Williams got selected at No. 12 overall last April after a stellar season with the Tide. He caught 79 passes for 1,572 receiving yards and 15 touchdowns in 2021, pacing Alabama to a Southeastern Conference Championship. Williams has the speed to take the Lions’ offense to another level with Jared Goff.

Sources: the Lions are activating first-round pick Jameson Williams, the former Alabama standout WR who tore his ACL during last season’s national championship game. Williams is available to make his NFL debut Sunday vs. the Jaguars. The good day in Detroit continues.

Tide fans are ready to watch him excel in the pros.