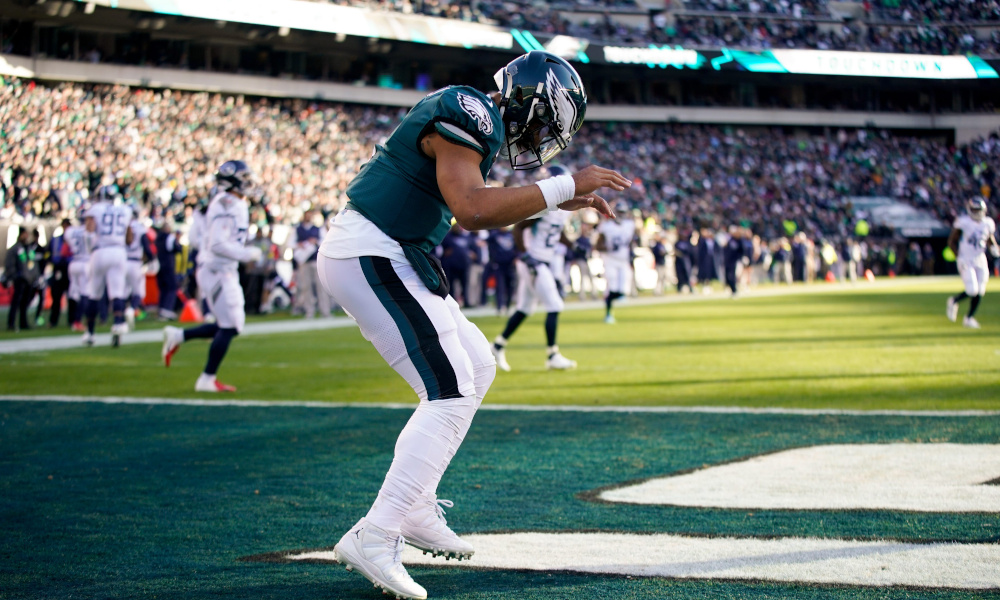 Jalen Hurts and the Philadelphia Eagles cannot be stopped.

Philadelphia is on a three-game winning streak since its loss to Washington. Hurts has the Eagles as the top team in the National Football Conference (NFC) with an 11-1 record. Philadelphia got a 35-10 victory on Sunday at home against the Tennessee Titans.

RELATED: Why Alabama in the Sugar Bowl is a good consolation prize despite missing the CFP?

Hurts dominated in the passing game, setting a career-high of 388 yards.

He completed 29 of 39 passes (74.4 percent), giving him five games with a 70 percent completion percentage or higher.

Hurts tossed three passing touchdowns, pushing him to seven matchups with 2+ touchdown passes. As a former Alabama quarterback, he positioned A.J. Brown (119) and DeVonta Smith (102) to total 100 yards receiving. Brown caught two of Hurts’ scoring tosses while Smith grabbed the other one. Hurts totaled four scores (one rushing touchdown) in the matchup, propelling him to 20 touchdown passes and nine rushing scores on the season. He has become one of the best signal-callers in the National Football League. Hurts is playing at a league MVP level and is pushing the Eagles as a team that could win the Super Bowl.

He is one of several players the Eagles are pushing for the NFL Pro Bowl.