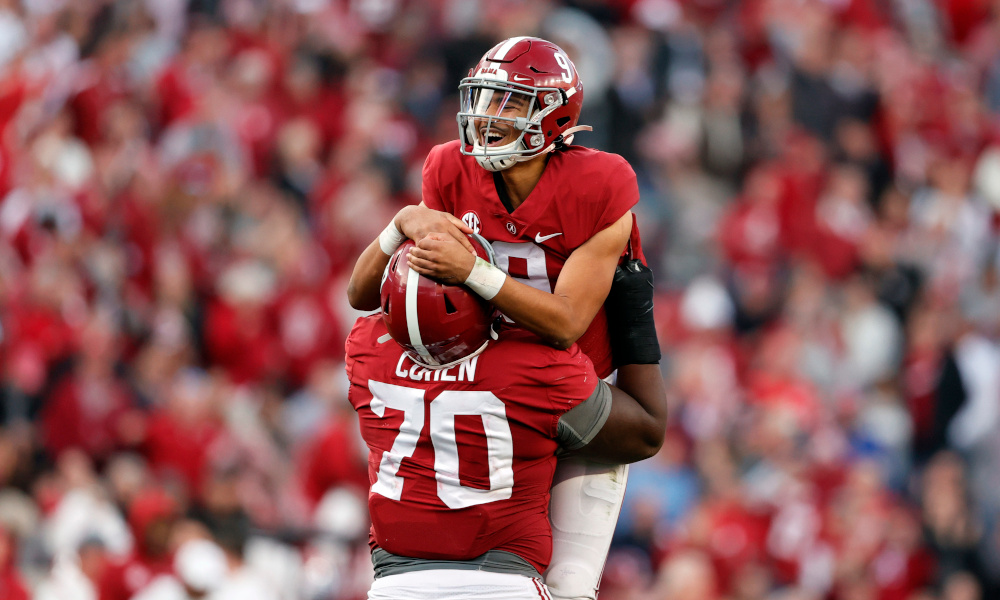 Alabama starting guard Javion Cohen announced on social media that he will be entering the NCAA transfer portal. Cohen broke the news himself with a post on social media.

“I want to first thank my heavenly father for all the blessings he has bestowed upon me,” read Cohen’s message. “Without him I am nothing! Second, I would like to thank my support system for being there for me throughout everything. You know who you are.

“Lastly, I would like to thank Coach Saban, his staff and the entire University of Alabama for supporting for me these past three years. It has been a hell of a ride and I am thankful for the memories and brotherhood I have created over my time here.

“With all that being said, I would like to announce I am entering the transfer portal with 2 years of eligibility remaining.”

Cohen, a junior, has started 25 games for the Crimson Tide as he earned his first role on the offensive line last season. With Cohen on the move, Alabama will be tasked with replacing both of its starting guards from a year ago as senior Emil Ekiyor will also be leaving Tuscaloosa.

Thankfully, the Crimson Tide saw freshman Tyler Booker see extended time throughout the 2022 season as he was a rotational player along the unit.