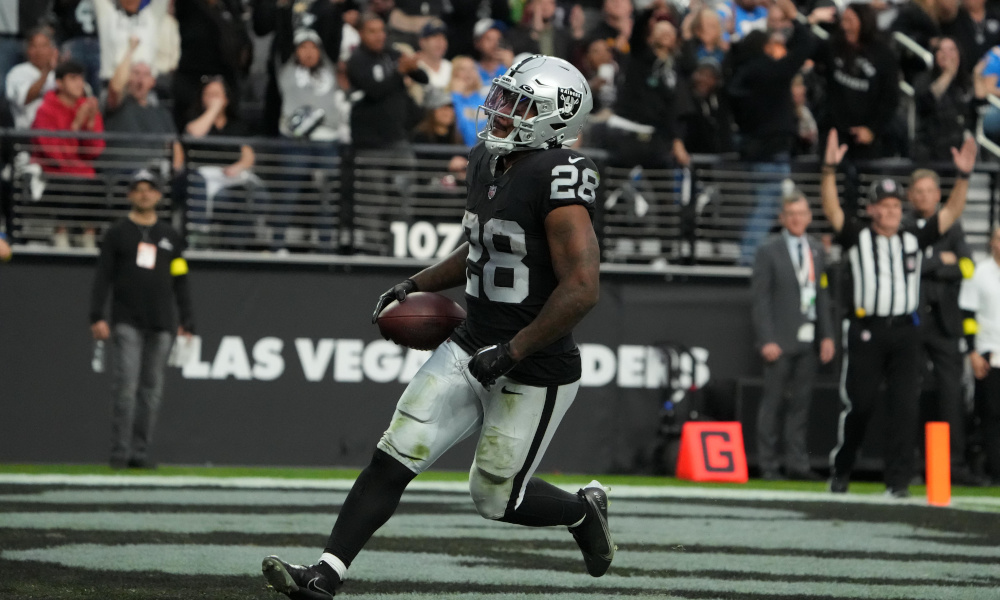 A former Alabama football standout is pushing his NFL team back into a shot at a playoff spot.

Josh Jacobs has been rolling as of late for the Las Vegas Raiders. He’s posted three straight 100+ yard rushing performances, including a 200-yard (229) outing against the Seattle Seahawks. Jacobs has the Raiders on a three-game winning streak.

He turned in another stellar showing in Sunday’s matchup against the Los Angeles Chargers. Jacobs carried Las Vegas to a 27-20 victory over Justin Herbert and the lightning bolts at home. He averaged 5.5 yards per rushing attempt, pounding the Chargers’ defensive front for 144 yards on 26 carries. His longest play was a 20-yard touchdown run in the second quarter to give the Raiders its first score of the game. After quarterback Derek Carr, Jacobs has emerged as the identity of the franchise.

He’s baaaaaack 👀@iAM_JoshJacobs IN FOR SIX!

As a former first-round pick, Jacobs leads all running backs in the National Football League for yards (1,303) while tying for second in carries (242) and tied for third in touchdowns (10). He is eighth in the league for yards per carry (5.4) and leads the league in rushing yards per game (108.6). Jacobs stands with six 100+ yard rushing performances this season for the Raiders.

Las Vegas is 5-7 with five games left in the regular season. If it wins out, Jacobs could have it in the playoffs at 10-7.

He is on his way to potentially joining Derrick Henry as the second NFL rushing champion Nick Saban has produced.