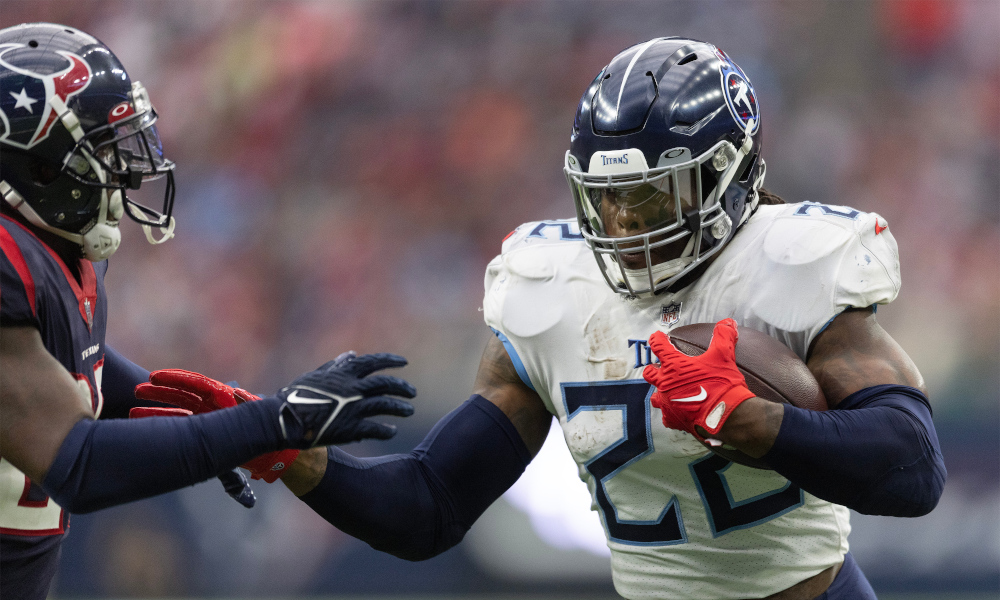 If only Miss Gladys could see the incredible person her “Shocka” turned out to be in the National Football League.

She raised her grandson, Derrick Henry, on core principles and values.

Henry developed a close relationship with her. She watched him do incredible things in football, including a College Football Playoff National Championship and capturing a Heisman Memorial Trophy in 2015 at Alabama. Miss Gladys died in 2016, but her Shocka continues the legacy she put inside of him. Currently, Henry is the dominant running back in the pros.

RELATED: Nick Saban says Alabama wants ‘to prove’ how good a team it is in Sugar Bowl

Since entering the league in 2016 as a second-round pick, he has become the identity of the Tennessee Titans.

As talented as he is on the field, he is an inspiring man off it.

Henry has been nominated for the prestigious Walter Payton Man of the Year Award for a second straight season. The NFL’s Walter Payton Man of the Year honor goes to the player that best demonstrates excellence off the field. These players are active in their communities with charity work and give back to those in need. Henry would pack out the stadium at Yulee (Fla.) High School on Friday night. He gave people a show as a five-star athlete, but he shows the youth hope for them to become successful.

King Henry is our nominee for Walter Payton @NFL Man of the Year Award presented by @Nationwide pic.twitter.com/4IfDVyU85a

.@Titans‘ @KingHenry_2, Patrick Mahomes and Dak Prescott are just a few of the 32 @NFL players nominated for the league’s most prestigious honor — the Walter Payton Man of the Year Award.

Henry told @CBSSports what being nominated for the second year in a row means to him. pic.twitter.com/qMStHpz4Mg

Henry said winning the Walter Payton Man of the Year Award would mean everything to him.

He brought the Yulee High School team brand-new Nike sweatsuits ahead of its playoff game. Henry is constantly finding different ways to keep the minds of the youth intact. He is having another stellar rushing season in the pros, but Nick Saban’s words about impacting others took root with him.