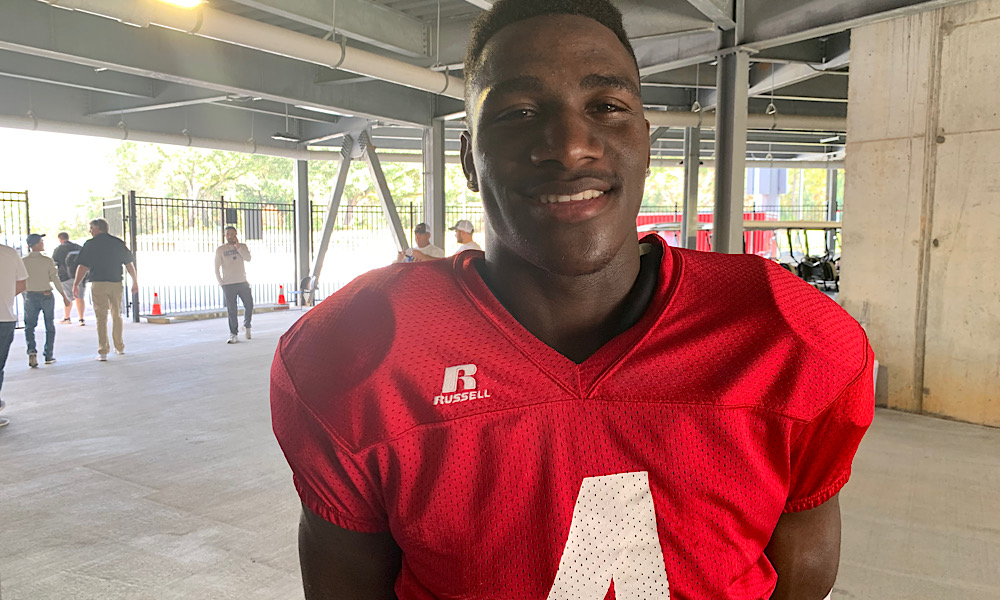 Perkins attends Raleigh High School in Mississippi, and he is one of the top athlete prospects in the 2023 recruiting class. He is currently in constant contact with the Rebels and Alabama’s staff.

The Ole Miss pledge said he talks to the Tide every day.

“Coach Pete Golding, we talk every day,” Perkins said. “I talked to him actually before I came up here. He actually came to the school the day before yesterday, and he was at my game last Friday for the state championship. We got good communication with each other. They are all about straight business, and everything they do is fast-paced.”

Perkins will spend the rest of the week in Mobile, preparing for the Alabama-Mississippi All-Star game. He will primarily play linebacker for team Mississippi, and he is excited for the opportunity.

“It is a blessing,” said Perkins. “I just thank God for this moment. Not only playing for my hometown but playing for the state of Mississippi.m is awesome. Playing with this group of boys, playing with Ayden (Williams), he committed to Ole Miss as well. It’s kind of good playing on the defensive side of the ball and the offensive side ball. I just thank God for this moment.”

At 6-foot-3 and 200 pounds, Perkins is a versatile athlete, who could either be a linebacker or running back at the next level. Multiple schools have discussed him playing on either side of the football.

“They talk about linebacker one minute and then it’s running back,” said Perkins. “So, I really do not know, but it really does not matter to me. I just want to play ball.”

Perkins plans to sign with the school of his choice in December.