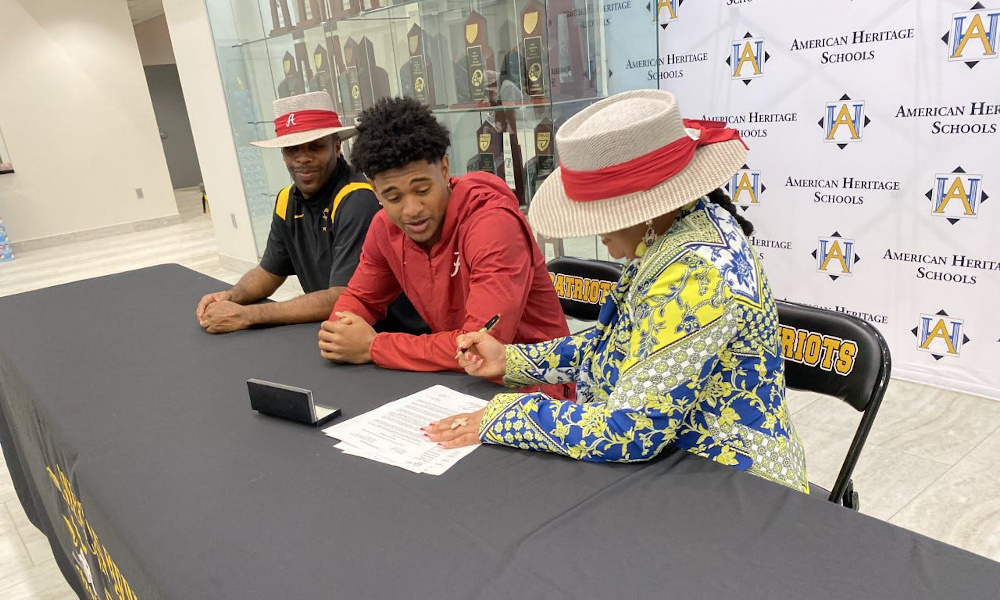 Rumors started on social media about the freshman cornerback for Alabama possibly entering the NCAA transfer portal, but his father came to defend him. Earl Little Sr., a former NFL player, shut down the rumors on Twitter. He posted a statement, telling the doubters to stop with the rumors. He praised his son’s academics at the University of Alabama and said he’s doing well in practice. Little mentioned next year will be a problem for wide receivers to create separation against his son.

Some of y’all can stop with the rumors. Straight A student athlete, straight BALLIN & getting better everyday. He’s HAPPY!!!!! 2023 gonna be a problem! #FOE💯 #RTR🐘 pic.twitter.com/fpaT4sis2X

Little II arrived as one of the top cornerbacks in the 2022 class from South Florida. He came as a four-star from American Heritage High School under the best teaching for a defensive back. Patrick Surtain Sr., a former NFL star, was Little’s head coach along with his father. The 6-foot-1, 180-pounder has the instincts and tools to become a successful defensive back.

The cornerback position will be one that should have much competition in the spring. Little is prepared to become a star.