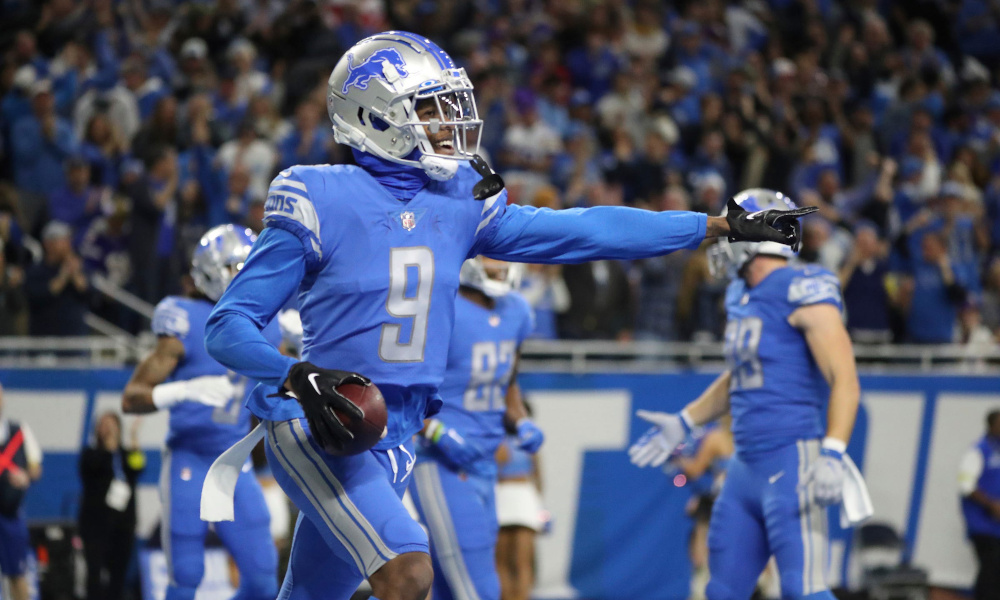 Jameson Williams scored his first of many touchdowns in the National Football League.

He made his NFL debut last week for the Detroit Lions against the Jacksonville Jaguars. As a former Alabama wide receiver, Williams caught a 41-yard touchdown pass from Jared Goff in Sunday’s matchup versus the Minnesota Vikings. He created separation from a defensive back on his route, made the catch, and helped the Lions to a 21-7 lead. Williams suffered an anterior cruciate ligament (ACL) injury to his knee during the 2022 College Football Playoff National Championship Game versus Georgia.

FIRST NFL CATCH IS A TOUCHDOWN FOR @bigsgjamo!#MINvsDET | 📺 FOX pic.twitter.com/2vd9oiRmYe

He totaled 79 catches for 1,572 yards and 15 touchdowns in his lone year with the Tide.

Williams got selected at No. 12 overall in this year’s NFL Draft.