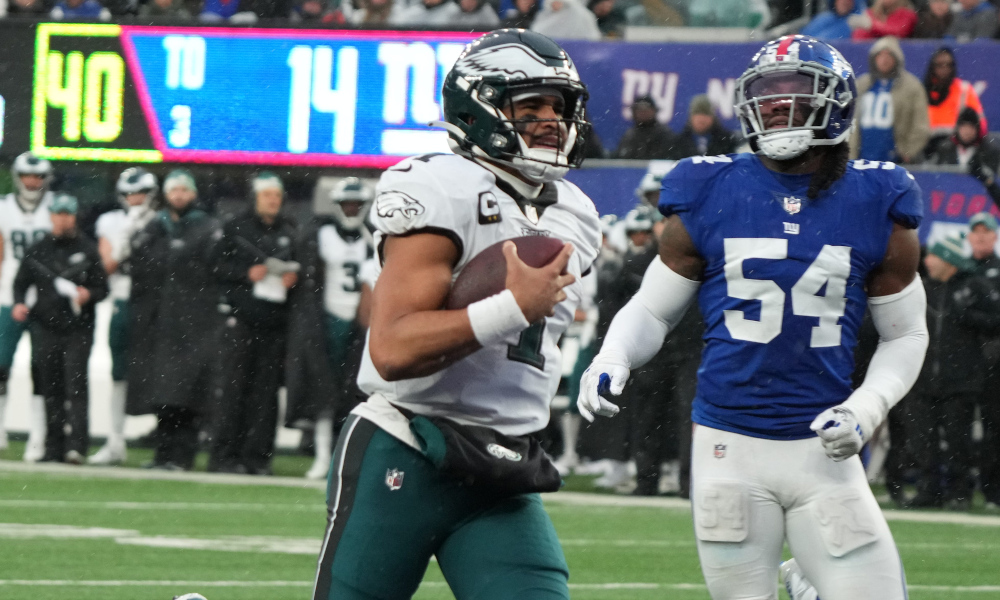 The Philadelphia Eagles are flying high into the playoffs for the National Football League.

As a second-year starting quarterback, Jalen Hurts continues to have critics walk back every negative comment about his mechanics in the passing game. He led the Eagles offense to its fifth game of 30+ points and the second matchup of scoring at least 40 points in Sunday’s divisional game against the New York Giants. Hurts has gone four consecutive games without tossing an interception and totaled his eighth contest with 2+ passing touchdowns in a 48-22 victory over the Giants on the road.

He had nearly 300 yards, posting 217 passing yards and 77 rushing yards with three scores.

Hurts connected with DeVonta Smith and A.J. Brown on both scoring tosses, moving him to 22 touchdown passes. He has 10 rushing scores, advancing him to 32 total touchdowns this year. The 6-foot-1, 223-pounder has eight games with a passer rating of 100 or better. Hurts ranks in the top 10 among league quarterbacks for passing yards, passing touchdowns, passer rating, and quarterback rating. He’s protected the ball well, tossing only three interceptions. Hurts is in the driver’s seat for NFL’s Most Valuable Player of the Year. He has the Eagles at 12-1 and in a position to have home-field advantage throughout the playoffs.