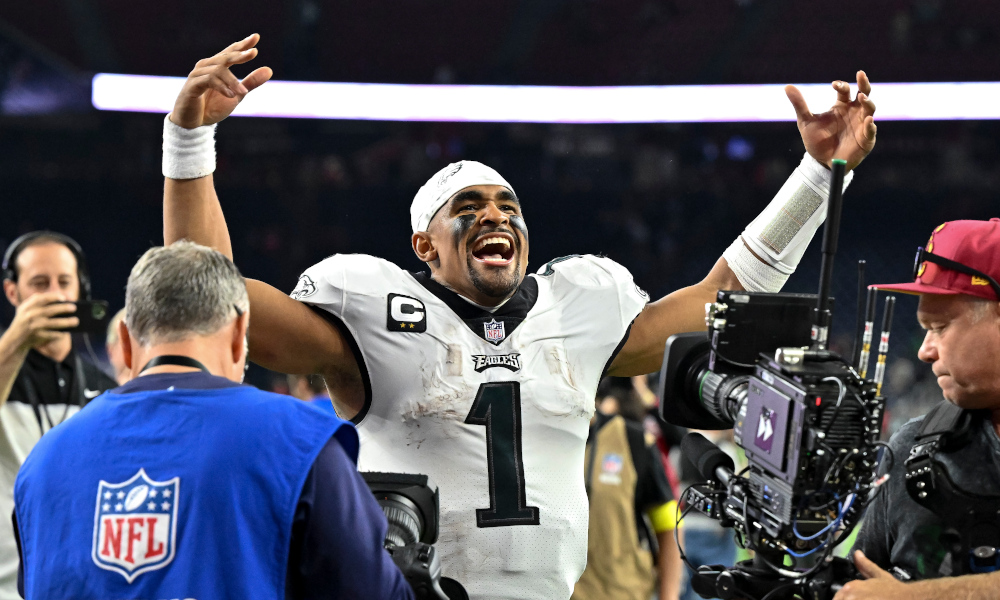 They have gone from criticism to becoming two of the best young quarterbacks in the National Football League right now.

Jalen Hurts and Tua Tagovailoa are dominating year three in the NFL. Both players rank in the top five among signal-callers for various categories and have their teams in a position to make a playoff run. Hurts has the Philadelphia Eagles at 11-1 and totals 29 touchdowns, including nine rushing scores. He has tossed only three interceptions through 12 games for the NFC’s No. 1 team.

Miami Dolphins quarterback Tua Tagovailoa (1) drops back to pass against the Houston Texans during the first half of an NFL game at Hard Rock Stadium in Miami Gardens, Nov. 27, 2022.

Tagovailoa has propelled the Miami Dolphins to an 8-4 mark.

Miami is second in the AFC East and holds the second Wild Card spot if the playoffs started today. Tagovailoa has 21 passing touchdowns to five interceptions. He is flourishing under first-year head coach Mike McDaniel. Hurts and Tagovailoa helped Alabama football capture a College Football Playoff National Championship in 2017. It is good to see both excelling in the pros.

Hurts and Tagovailoa are leading the votes for the NFL Pro Bowl.

Both should make an appearance to start their young careers.