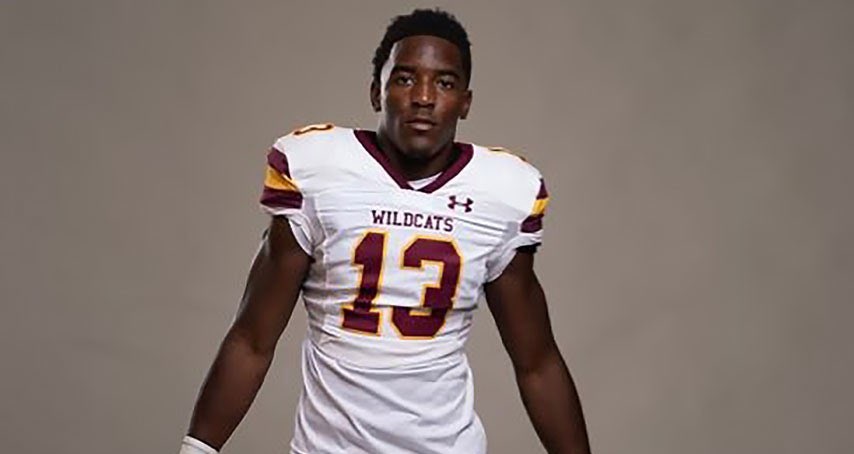 The nation’s top junior college linebacker prospect, Justin Jefferson is ready to put it all on the line for Alabama football.

Jefferson is a product of Pearl River Community College in Mississippi, but he is originally from Memphis Tennessee. His blazing speed and athleticism have made him one of the most sought-after junior college linebackers in the country.

The Tennessee native committed to Alabama in June, and he knew he made the right decision when he gave the Tide his verbal.

“It was just that feeling you get when you just feel like you made the right decision,” Jefferson told Touchdown Alabama. “I know I got that feeling when I came to Alabama. I came and talked to the staff. I just got that feeling that I just could not shake. I’m blessed that I made the decision. God really helped me in that aspect because I really love it, 110 percent.”

Jefferson studied what Alabama had to offer before making his decision. The Tide’s off-the-field development under Nick Saban was something he felt he could not turn down.

“They put out good people, and they put out good football players but most importantly people. The only bad thing I heard about Coach Saban is he wins too much. I did not know that that was a thing. When I came there and I saw how everybody talk about him. He really can teach me how to be a man.”

At 6-foot-2 and 215 pounds, Jefferson is an explosive linebacker who can run a 4.38 forty-yard dash. The Alabama commit said he feels his desire to work to get better is one of his biggest strengths.

“I really go to practice every day with a mindset I am about to go out here and try my hardest on everything I do. That’s just what I like to do. I like to go out there and try my hardest and do that. It helps me through the repetition, through going so fast, going so hard. I really haven’t always been fast. It’s just about the developing my speed through practice, repetition, going fast every play, going harder, going harder in the weight room. Everything I do is just to really develop me, develop my body, develop my talent, develop my instincts. I really feel through teamwork and through just repetition and through just trusting the process I got to where I am right now.”

Jefferson will enroll at Alabama in January with a focus on controlling what he can control.