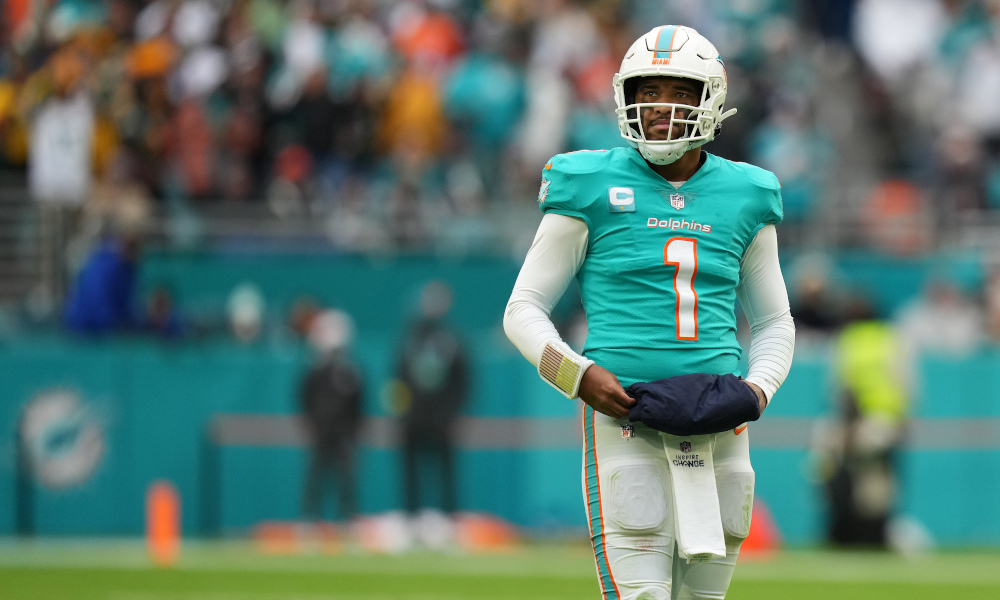 This week, the favorite pastime for Alabama fans in the National Football League takes on a more significant meaning.

“Bama on Bama” crime for Sunday’s matchup between the Miami Dolphins and New England Patriots comes down to the final playoff spot in the American Football Conference (AFC). Tua Tagovailoa and Mac Jones, two former Alabama quarterbacks, are trying to get their teams into the postseason. Tagovailoa has the Dolphins at 8-7 while Jones has the Patriots alive at 7-8.

Tagovailoa produced substantial numbers this season — 3,548 passing yards and 25 touchdowns — however, he struggled on Christmas against the Green Bay Packers. He tossed three costly interceptions in a 20-26 loss to the Packers at home. Tagovailoa guided the Dolphins to a 20-7 victory over New England to open the season, but he has to win again to clinch a playoff berth.

Jones’ second season with the Patriots has not gone as well as his rookie campaign.

He no longer has Josh McDaniels calling offensive plays, and it has been frustrating for him. Jones has nine touchdown passes to eight interceptions, but the team remains alive for an opportunity at the playoffs. If he can play mistake-free and get help with better play-calling, Jones could lead New England over Miami for the final Wild Card spot in the playoffs. He and Tagovailoa arrived in Alabama’s 2017 recruiting class. Tagovailoa and Jalen Hurts helped the Crimson Tide to a College Football Playoff National Championship in Tagovailoa’s freshman season. Jones took the Tide to an undefeated national title year in 2020.

Sunday will be “Bama on Bama” at its finest.