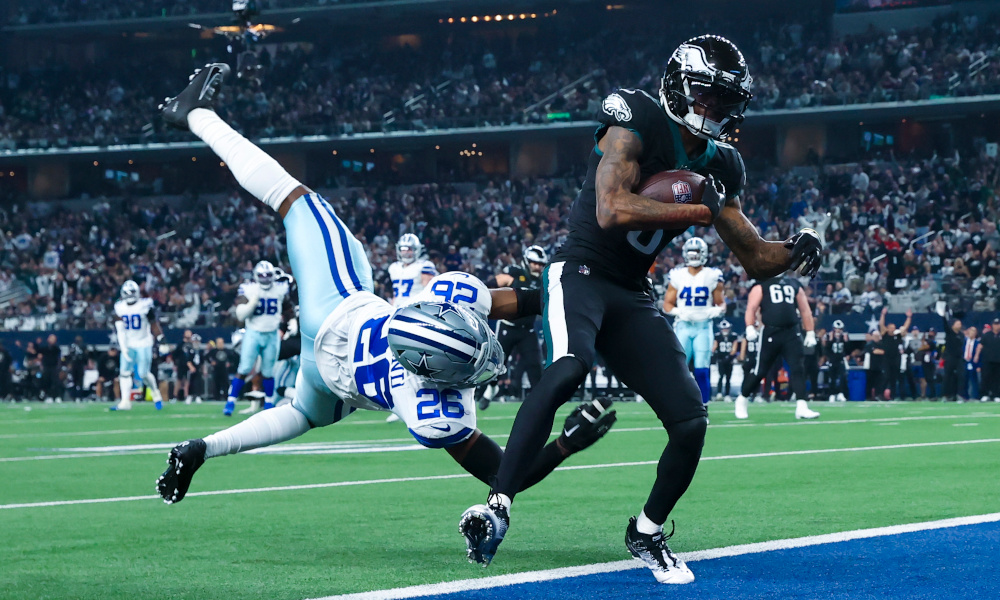 The University of Alabama is “Wide Receiver U” this season in the National Football League.

Three alums for the Crimson Tide have totaled a 1,000-yard campaign this year. Amari Cooper, DeVonta Smith, and Jaylen Waddle accomplished the feat. All three won at least one national championship at Alabama while Smith became a two-time College Football Playoff National Champion (2017 and 2020) and a Heisman Trophy winner. Cooper, a former No. 4 overall selection in the 2014 NFL Draft by the Oakland Raiders, is enjoying his first 1,000-yard season with the Cleveland Browns.

He has 73 receptions for 1,004 yards and seven touchdowns.

Cooper is averaging 13.8 yards per catch and has four 100-yard performances for Cleveland. He earned Unanimous All-American, first-team All-SEC, SEC Offensive Player of the Year, and Fred Biletnikoff Award honors in 2014. Cooper has been to four NFL Pro Bowls in his career. Smith has quickly become a superstar for the Philadelphia Eagles. He turned in his first carer 1,000-yard season this year, posting 79 catches, 1,014 receiving yards, and seven touchdowns. Smith has four 100+ yard receiving games.

Waddle has back-to-back 1,000-yard seasons in his first two years with the Miami Dolphins. The native Texan is sixth in the league for receiving yards (1,260) and tied for fifth in touchdowns (eight). He has six games with 100 or more receiving yards on the year. If the Dolphins can defeat New England on Sunday, Waddle will have a playoff appearance on a Wild Card team.