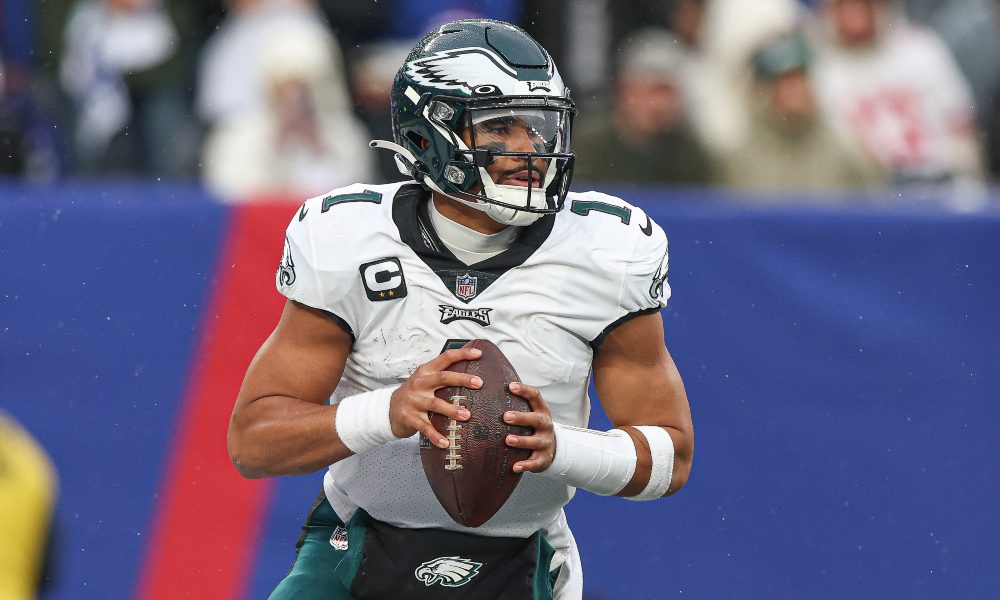 The Philadephia Eagles clinched the No. 1 seed, a division title, a first-round bye, and home-field advantage in the NFC playoffs.

Jalen Hurts returned from a shoulder injury in Sunday’s matchup against the New York Giants. He did not have his best performance, but he did enough to assist the team to a 22-16 victory. He completed 20 of 35 passes for 229 yards.

RELATED: Will Tua Tagovailoa be healthy enough to play in playoffs for Dolphins?

Hurts turned in a remarkable third season in the National Football League.

He posted over 3,000 passing yards and totaled four 300-yard passing games. Hurts totaled 35 touchdowns (13 rushing scores) to six interceptions and was the leader in the NFL’s Most Valuable Player race for most of the season. He positioned wide receivers A.J. Brown and DeVonta Smith to total 1,000+ receiving yards each. Hurts has been a tremendous leader for a team that has an opportunity to make a Super Bowl run. He will look better in the playoffs with rest and reps, but it was good to see him return.