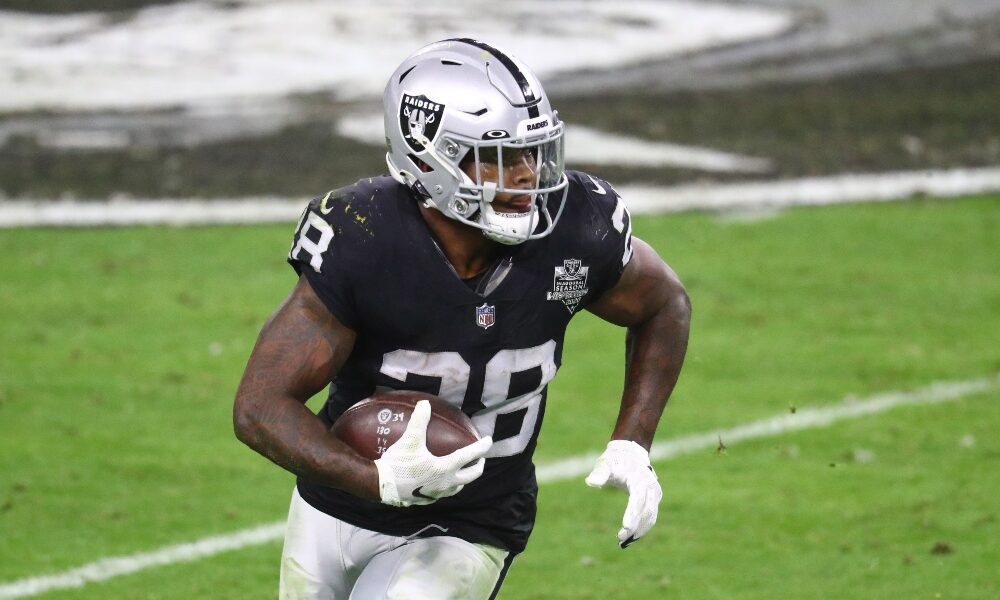 If this is the end of Josh Jacobs’ tenure with the Raiders, then he exits as one of the best running backs in franchise history.

Jacobs finished 2022 as the rushing champion of the National Football League. He pounded opposing defenses for a career-high 1,653 yards and tied his career high for rushing touchdowns (12). As a former first-round pick in the 2019 NFL Draft, Jacobs averaged 4.9 yards per carry and totaled 1,000+ yards from scrimmage (400 receiving yards) for a fourth consecutive year.

He has voiced frustration with the Raiders this season, especially after a 6-11 finish. The 5-foot-10, 220-pounder joined Derrick Henry as the second former Alabama running back to win the NFL’s rushing title. Henry finished behind Jacobs for rushing yards and yards from scrimmage. Jacobs, a native of Tulsa, Okla., came to the University of Alabama as a three-star in 2016.

He helped the Crimson Tide to two Southeastern Conference Championships (2016 and 2018) and a College Football Playoff National Championship in 2017. Jacobs was never a traditional starter for Alabama; however, his versatility allowed him to record 640 rushing yards, 247 receiving yards, 428 kick return yards, and 15 total touchdowns in 2018. His efforts in the Tide’s SEC Championship season that year propelled him to become the 24th overall pick in the following draft.