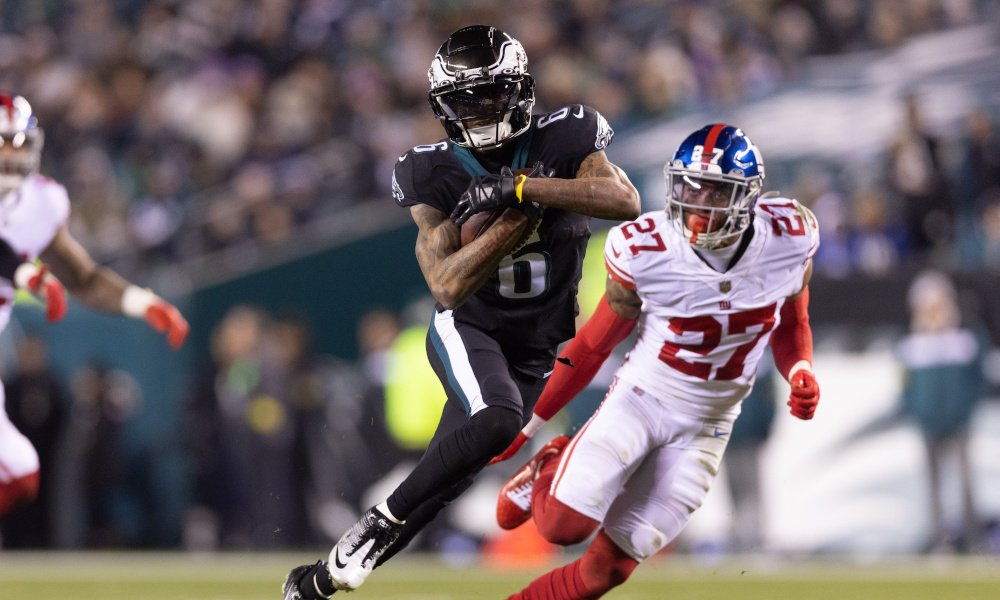 Alabama football fans knew the potential DeVonta Smith had to be legendary before his catch on 2nd and 26.

Since his collegiate career, everybody is on the wave of Smith’s greatness. As a second-year pro, he recorded his first 1,000-yard campaign as a wide receiver for the Philadelphia Eagles. Smith assisted quarterback Jalen Hurts in pushing Philadelphia to a 14-3 record, giving it a division title, the No. 1 seed in the NFC playoffs, a first-round bye, and home-field advantage in the playoffs.

The 6-foot, 170-pounder finished ninth among receivers in the National Football League for yards (1,196) and had seven touchdowns. Smith totaled 95 receptions, setting an Eagles’ single-season record for catches by a receiver.

He looks to propel the Eagles on a run to the Super Bowl.