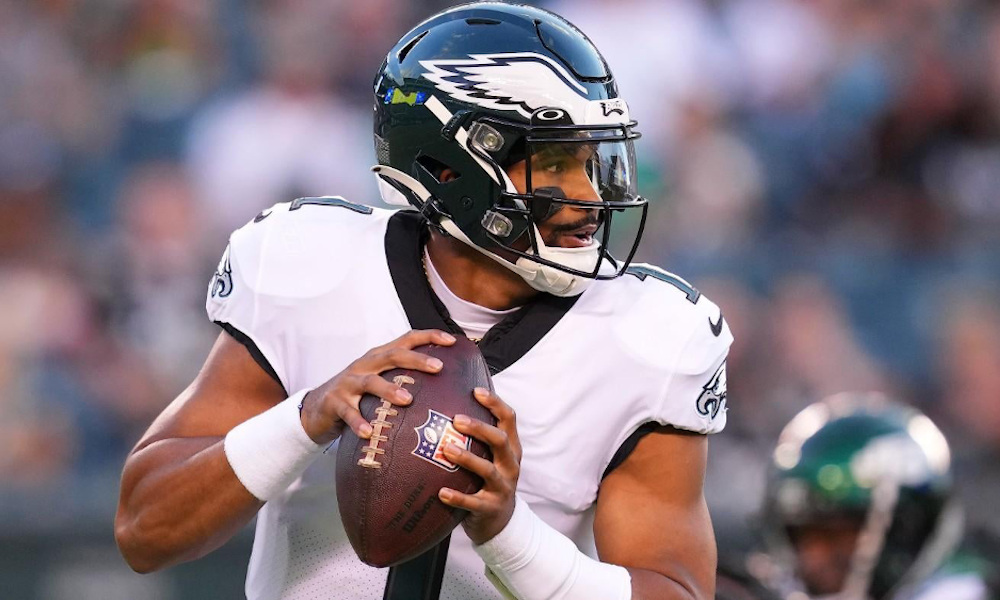 The fans and media for the Philadelphia Eagles are mindblown by the records Jalen Hurts have set.

He entered the National Football League in 2020 under much doubt, but the native Texan silenced everyone in his third season.

RELATED: Aaron Rodgers refuses to give Jameson Williams his jersey after game

Hurts has the Eagles enjoying a franchise-record 14 wins and home-field advantage for the playoffs. Tim McManus, an ESPN reporter for the Eagles, states that Hurts is the second player in franchise history to total 3,500 passing yards and 500 rushing yards in a single season. He is the first to do it since Randall Cunningham in 1988. Before suffering a shoulder injury against the Chicago Bears, many had Hurts as the leader in the NFL’s Most Valuable Player race. He returned Sunday to help Philadelphia earn a 22-16 victory in the regular season finale versus the New York Giants. Nick Sirianni, head coach of the Eagles, said “there is no doubt in his mind Hurts should be the league’s MVP.” He has 3,702 passing yards, 760 rushing yards, and 35 total scores.

Jalen Hurts is the second Eagles player in franchise history with 3,500 pass yards and 500 rush yards in a season and first since Randall Cunningham in 1988.

Hurts is currently ranked No. 10 in the league for passing yards.