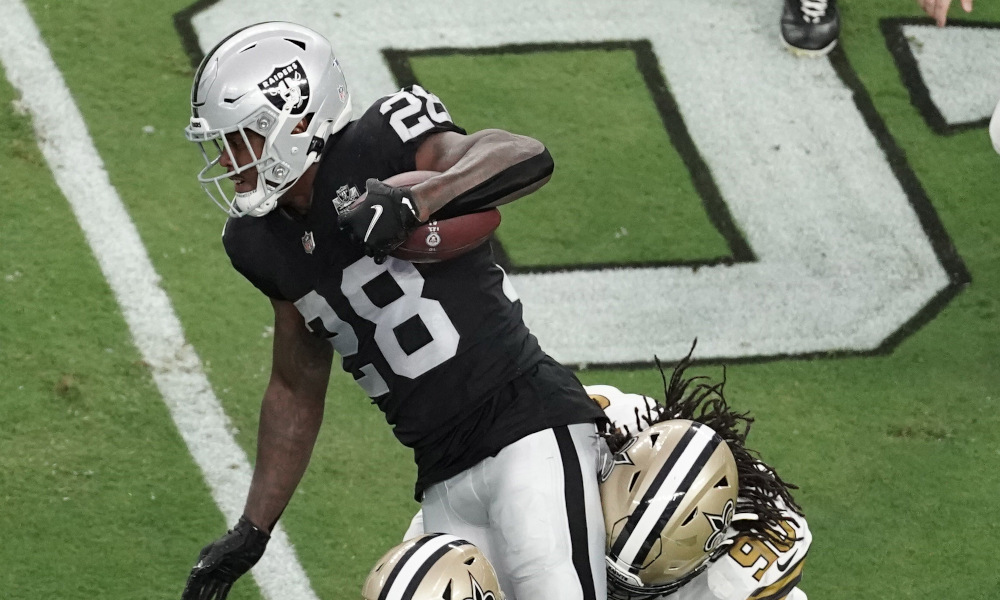 Alabama running backs have left their mark on the NFL once again.

Jacobs, who ran for 45 yards in the team’s 31-13 loss to the Chiefs, ended the season with a league-leading 1,653 rushing yards on 340 carries while also scoring 12 touchdowns on the ground.

Jacobs had a 115-yard lead on the second-place finisher which, ironically enough, was another former Alabama running back Derrick Henry who carried for 1,538 yards for the Tennessee Titans. Jacobs and Henry are also the first pair of running backs from the same college program to finish in the top two in rushing in the NFL since 1990.

Other former Crimson Tide back Najee Harris also placed 14th in the NFL in rushing yards with 1,038 with the Pittsburgh Steelers.

The success this season from the Alabama running backs adds to the program’s strong case to be known as RBU across the NFL.