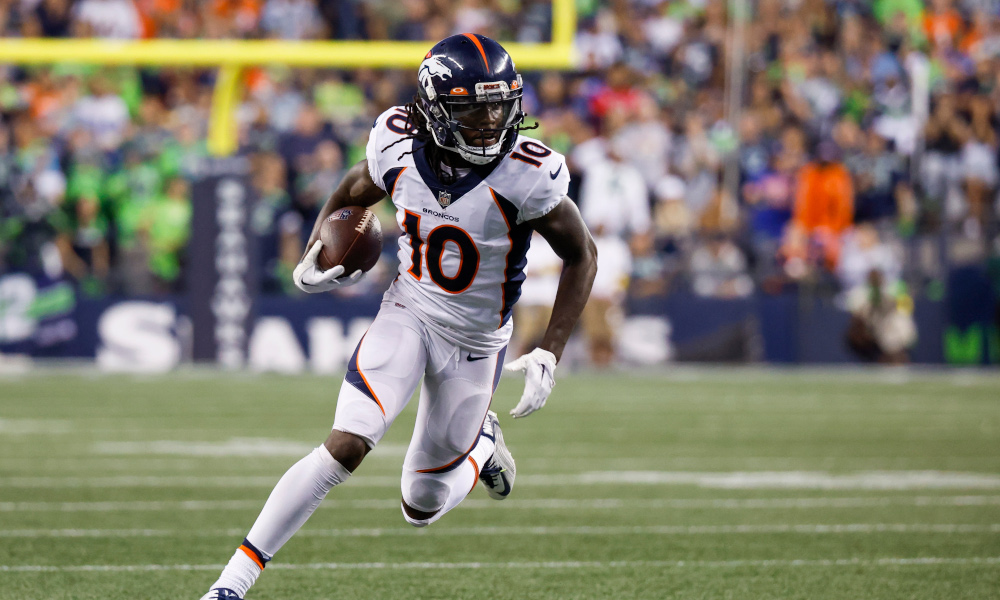 The term “Bama-on-Bama crime” is brotherhood in the National Football League.

It is something for former players and coaches to be part of. Jerry Jeudy, a former Alabama wide receiver, had the hilarious version of Bama on Bama crime during Saturday’s NFC Divisional playoff game between the Philadelphia Eagles and New York Giants. Mike Locksley, head coach of the Maryland Terapins, served as an offensive analyst, wide receivers coach, co-offensive coordinator, and offensive coordinator for the Crimson Tide from 2016 to 2018. He helped the Tide to two Southeastern Conference Championships (2016 and 2018) and a College Football Playoff National Championship in 2017.

Jeudy decided to hilariously roast his former coach on Twitter.

He captioned his photo, “Man who’s your stylist?” Jeudy won the Fred Biletnikoff Award in 2018 with Locksley running Alabama’s offense. He caught 68 passes for 1,315 receiving yards and 14 touchdowns.