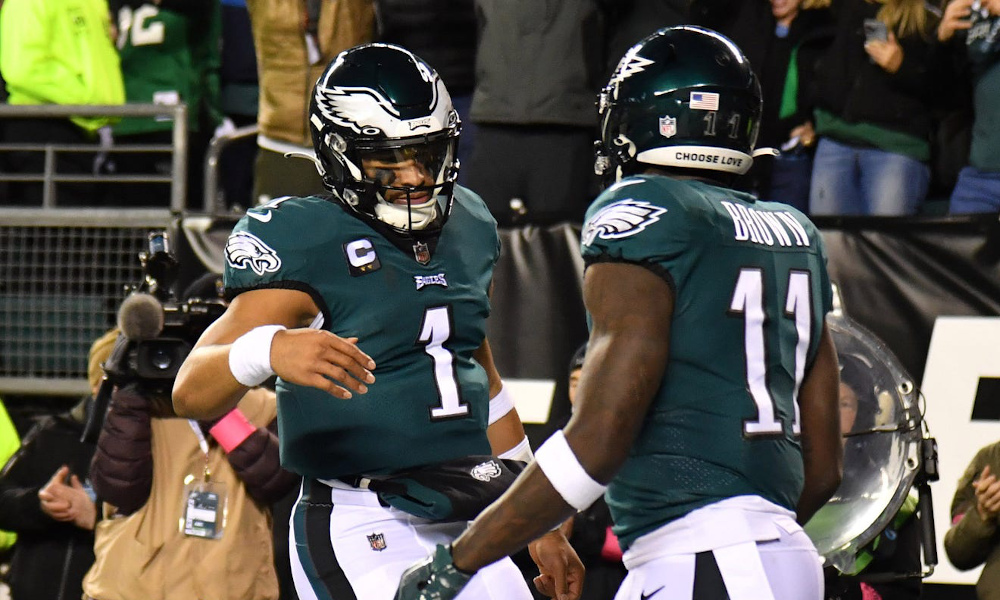 His legendary status was already huge in the eyes of Alabama fans, but Jalen Hurts gave the Crimson Tide football program something special over the weekend.

Before last week, Richard Todd was the last former Tide quarterback to win an NFL playoff game as a starter. He achieved it in the 1982-83 season for the New York Jets. It had been 40 years since Alabama had a former signal-caller lead an NFL team to a playoff victory, but Hurts ended the drought. The native Texan propelled the Philadelphia Eagles to a 38-7 victory in Saturday’s NFC Divisional round against the New York Giants. Hurts recorded three touchdowns, including a pair of touchdown passes.

Hurts has 24 passing touchdown and 14 rushing scores, totaling 38 touchdowns for the season.

He advances the Eagles to the NFC Championship Game, where it will take on the winner of Dallas/San Francisco. As a former College Football Playoff National Championship and two-time SEC Champion, Hurts is closing in on the Super Bowl.