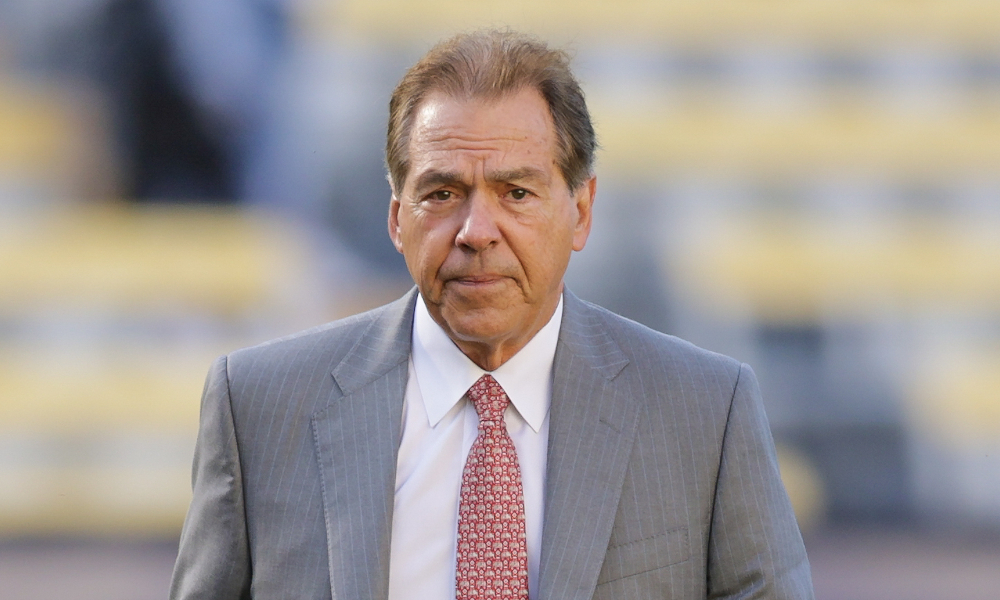 They would like a creative offense, but Alabama fans are craving an elite defense again.

Nick Saban is looking for a defensive coordinator to replace Pete Golding; however, should he consider other names to bring in on defense? The Crimson Tide was once the bully of college football, but now Georgia has taken over its style under Kirby Smart.

RELATED: How close is Alabama to possibly returning Jeremy Pruitt as its defensive coordinator?

Coach Saban needs to return to his blueprint of having individuals that were in the trenches under him or in Alabama football history that understand the program’s standard. People on the outside do not know what it means to play for the scripted “A” on your chest. A person that has gone through the University of Alabama as a player can speak profoundly to today’s Tide athlete.

Saban should consider three names as defensive coaches, including two that won national championships as players under him.

Nico Johnson, Shaun Dion Hamilton, and Rudy Griffin know what it means to excel at Alabama.

Johnson is a native of Andalusia, Ala.

He arrived in Nick Saban’s third recruiting class in 2009 as a four-star linebacker.

As an instinctive and passionate player, Johnson became impactful as a true freshman. He totaled 28 tackles, 4.5 tackles for loss, a sack, two pass breakups, and a forced fumble in 2012 games. Johnson made the Freshman All-SEC Team and assisted the Crimson Tide to an SEC Championship and a BCS National Championship. He was among the team leaders for total tackles in 2011 and 2012, posting 46 and 55 stops respectively. Johnson had a career-high 6.5 tackles for loss in 2011 and recorded an interception. He helped the Tide to back-to-back BCS National Championships as a leader on defense in 2011 and 2012.

Johnson is now a graduate assistant for defensive linemen at the University of Texas. The Longhorns finished at 8-5 last season, and their defense allowed 21.6 points per game. Johnson improved Texas’ defense by allowing nearly 10 fewer points per game.

Hamilton hails from Montgomery, Ala.

He came to the Crimson Tide as a four-star linebacker from Carver High School in 2014.

Hamilton brought a high intelligence to the game, and it showed during his junior and senior seasons. He battled a couple of injuries in 2016, but Hamilton finished fifth for tackles (64). He punished running backs and quarterbacks with nine tackles for loss and two sacks. Hamilton recorded a pass breakup, a quarterback hurry, a forced fumble, and two interceptions. His coverage ability allowed him to record a pick against Florida in the 2016 SEC Championship Game that Alabama earned a 54-16 win.

Hamilton was a vital piece on an incredible defense in 2016. Injuries limited him to nine games in 2017; however, Hamilton collected 40 tackles, 5.5 tackles for loss, 2.5 sacks, two pass breakups, two quarterback hurries, and a forced fumble.

He picked up two CFP National Championship rings (2015 and 2017) with the Tide. Saban witnessed Hamiltonn get selected in the sixth round of the 2018 NFL Draft to the Washington Redskins/Football Team. He spent three seasons at Washington and one in Detroit (2021) before joining the Lions’ coaching staff. Hamilton is now a defensive assistant under Dan Campbell.

He guided the Lions to a winning record (9-8) in the 2022 season, despite it missing the playoffs.

Griffin is a native Georgian.

His journey to the University of Alabama was a unique one. People viewed him as an under-sized defensive lineman, so his collegiate career started at the Citadel. He started 18 games as a defensive end, but his heart wanted to play for the Tide.

He decided to transfer for the 2003 season, knowing he would have to sit a year. Griffin dominated on the scout team and earned a scholarship for the 2004 season. He became impactful under Mike Shula (head coach) and Joe Kines (defensive coordinator) that year, starting 10 of 12 games. Griffin played 289 snaps, tallying 17 tackles, three tackles for loss, and a fumble recovery against South Carolina. He started as a defensive tackle in 2005, playing 258 snaps. Griffin totaled 16 tackles, three tackles for loss, a fumble recovery, and an interception returned for a 17-yard touchdown versus Mississippi State.

Griffin has coached at several high schools and junior colleges, but he would love a chance to help his Alma mater.

RELATED: Jalen Hurts accomplished something no other former Alabama QB had in 40 years in win over New York Giants

No one knows the specific roles Saban could offer them, but having former Alabama players in the program is a huge deal.

They can speak about aspects of the game and motivate current players in ways that coaches cannot. If more changes are made to the defensive staff, then Saban should consider at least one or all three names. Alabama needs to get more of its guys back into the program. If it reinvests in the athlete with former players that know the standard, the Tide will return to being the most feared team.