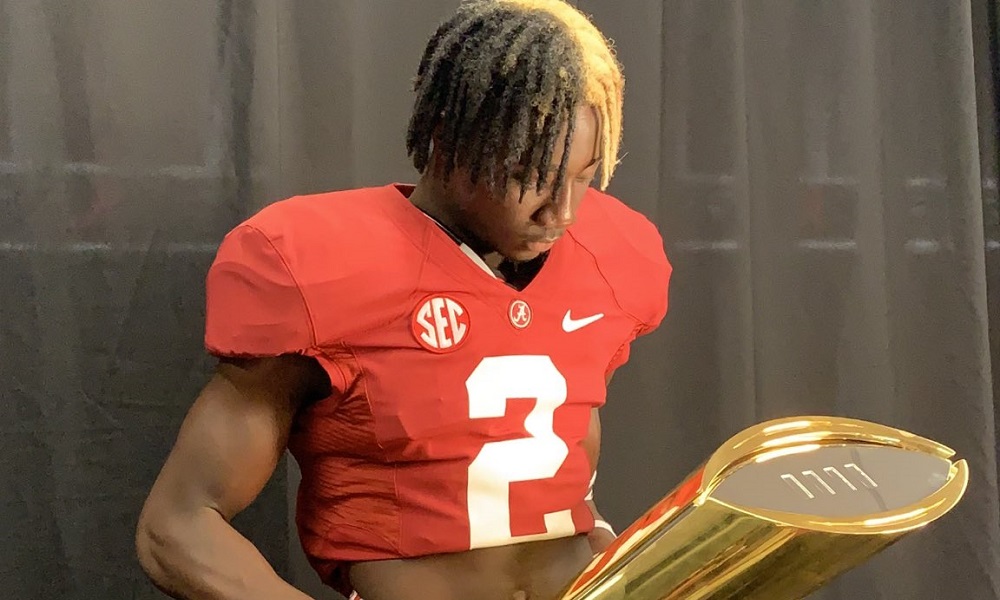 Ellis Robinson will announce his commitment on Feb. 1.

I will be committing February 1st👀 Where’s home?🏡

Robinson attends IMG Academy in Bradenton, Florida, but he is originally from Connecticut. He garners a five-star rating from multiple recruiting sites. Alabama, Colorado, Georgia, LSU and Miami are currently a part of his top five.

Robinson has spoken highly on the Crimson Tide in the past. He said his relationship with Alabama’s cornerbacks coach Travaris Robinson is one of the strongest relationships he has on the recruiting front after visiting Alabama in August.

“T-rob has been as solid with me and my family as it gets,” said Robinson. “He has been recruiting me hard since Miami. I have been building relationships with Sam Petitto and Coach Gillespie as this process goes on. But most importantly, I am starting to understand coach Saban is very unique in his coaching style and his approach to winning. I look forward to developing a better relationship with him as this process goes forward.”

Alabama’s freshman offensive lineman, Tyler Booker and Robinson are both from the same town in Connecticut. Both also played for IMG Academy and have a strong relationship. Robinson said his conversations with Booker and future Alabama players have him feeling like you have to be a special player to play for the Crimson Tide.

Robinson returned to Alabama for a game in October and describe the ‘gameday experience’ as ‘unreal’.

The Georgia Bulldogs was the last school to host Robinson for a visit.