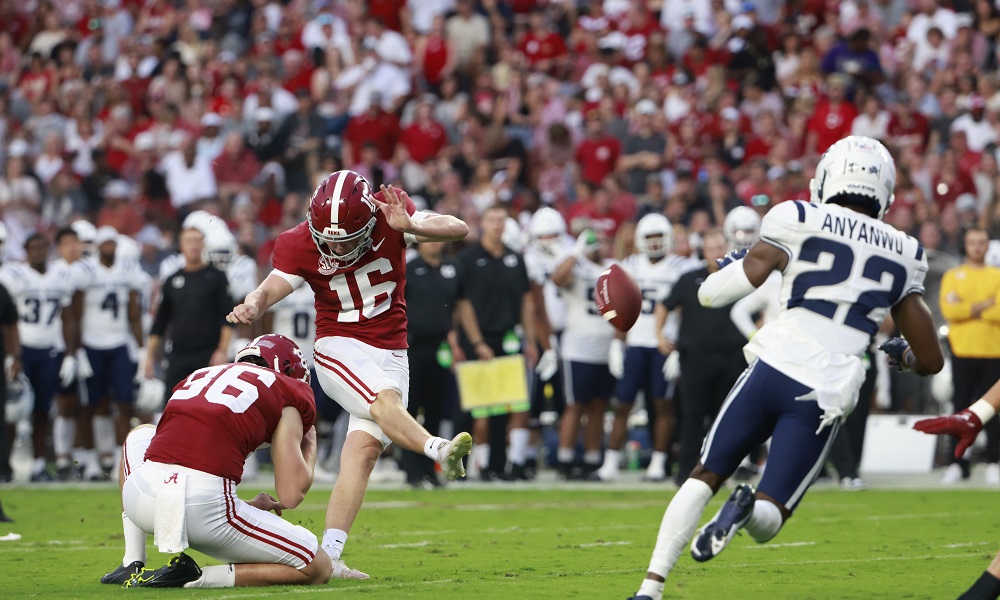 Alabama returns one of its most reliable kickers in school history for next season.

Will Reichard gave the NFL Draft a thought, but he chose to return to the Crimson Tide for his fifth year.

As the program’s all-time scoring leader, Reichard has given Nick Saban a dependable specialist. His football life has been a success, but Reichard’s personal life has joined it. He married his high school sweetheart, Amelia Auchmuty, on Saturday.

Both are Hoover HS & @UofAlabama grads.

Will is in grad school at UA & will return to the team this fall.

Be sure to congratulate the newlyweds!

Will Reichard has had a nice start to 2023. He announced his return to Alabama for his final year, and yesterday, he tied the knot. 🤵👰🥂

Reichard and Auchmuty both are alums of Hoover (Ala.) High School and the University of Alabama. Reichard is in graduate school at Alabama and is trying for his master’s degree. He looks to guide the Tide to a College Football Playoff National Championship next fall and win the Lou Groza Award. Reichard opened the year fulfilling a dream and fans are happy for him.