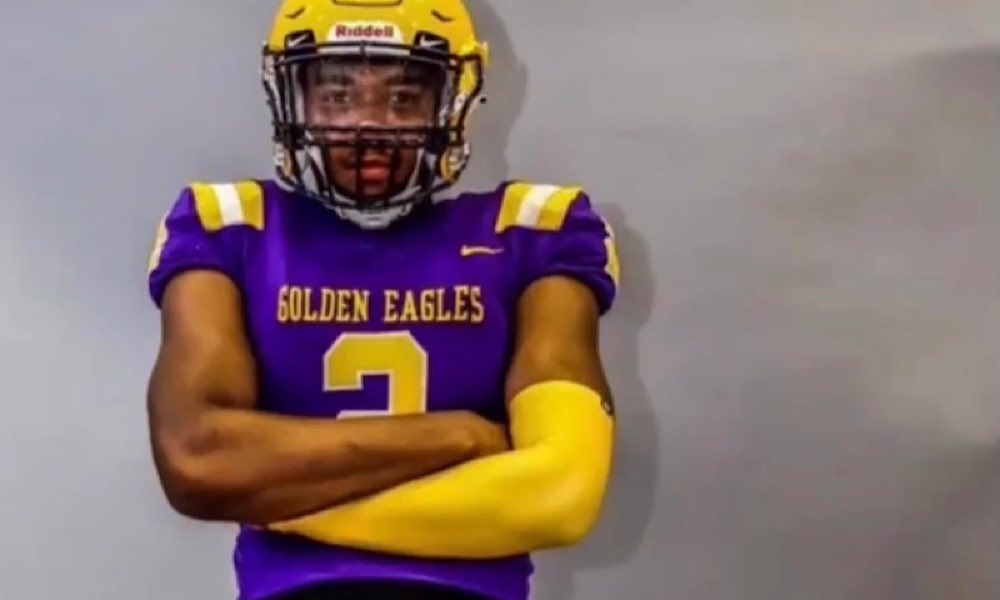 Joseph Phillips is racking up offers from some of the top programs in the SEC and beyond.

Phillips is a product of Booker T. Washington High School in Alabama. He currently holds nine D1 offers, including offers from Alabama, Georgia, Penn State and others.

The Florida Gators are the latest school to offer the junior. He earned the offer during a visit to Gainesville last weekend.

“It was a great visit,” Phillips said. “I had a good talk with the coaches and all that. Everybody pretty much got the same plans though. It is a good school and the good thing about them is it is in Florida.”

The Alabama Crimson Tide offered Phillips in October, and he could not believe it.

“It was crazy because like I always say, it’s who you grew up watching on TV, and you never thought like that would be something that you could get,” said Phillips. “I got it, and it is like surreal. I love the facility they have. They have good training stuff. I got a chance to talk with Coach Saban. He is exactly like he is only TV. The only thing different is he just looks shorter.”

The Crimson Tide will look to get Phillips on campus for an unofficial visit for one of its spring practices.

Auburn got Phillips’ recruitment rolling with his first offer. He has a strong relationship with the Tigers’ new staff.

“Our relationship is a little better because it is right up the street,” said Phillips. “It is like I can always get in contact with them. Their new facilities are hard too. The old staff was good but with the new staff, it is like more exciting, like they know exactly what players want, especially with Coach Cadillac. That just make it so much better.”

Penn State followed Auburn and became the second school to offer Phillips. He said he feels the Nittany Lions are recruiting him the hardest.

“I got a good relationship with them and Auburn started my process out,” Phillips said.

At 6-foot-3 and 230 pounds, Phillips wreaked havoc off the edge as junior by exploding into the backfield. He was also a mismatch when placed outside to run routes as a wide receiver, displaying great athleticism and the ability to go up and get the football. He is looking to improve as an off-the-ball linebacker this upcoming season.