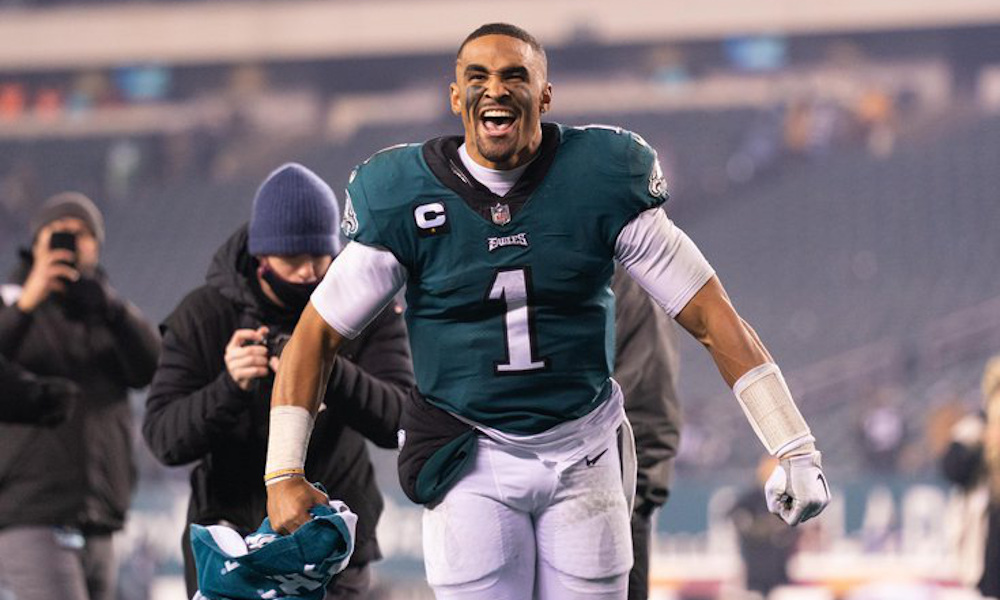 A conversation has sparked on social media about who Jalen Hurts belongs to between Alabama and Oklahoma.

As a University of Alabama alum, he became the first former Crimson Tide quarterback to lead an NFL team to a playoff victory for the first time in 40 years. Hurts guided the Philadelphia Eagles to a 38-7 victory over the New York Giants. He played for Alabama and Oklahoma in college, and both fan bases are arguing about which one has more of a right to claim him.

Touchdown Alabama Magazine conducted a poll Sunday about which school do fans associate Hurts with the most.

A lot of online discussion regarding Jalen Hurts and his college affiliation. Which school do you associate Hurts with?

Ninety-seven (97) percent said “Alabama” in 2,699 votes. Nine hours remain until the voting portion is over.

Several people say Hurts is Alabama, some say he’s Oklahoma, and others love it when he claims both.

He is more focused on the NFC Championship Game this weekend against the San Francisco 49ers.